West Ham v Leicester Match Prediction (EPL) – West Ham United is hosting Leicester City for match week 31 in the Premier League. In their previous encounter, the Hammers scored a 3-0 victory at King Power Stadium. Is it the Foxes’ turn to shine this time around? Let’s take a look and read on for our winning tips below.

West Ham have been inconsistent in their last fixtures, getting mixed results for every match. Leicester also has a similar record, making this matchup in form a close one. Let’s take a look at their current season performance.

West Ham United is riding high at 4th in the table in the Premier League. Their last match saw them prevail over Wolverhampton, 3-2. Jesse Lingard was the hero for the Hammers, scoring in the 6th minute and assisting on Jarrod Bowen’s goal in the 2nd half. Pablo Fornais also added to the score a few minutes after Lingard’s first goal. Wolves tried to catch up with brilliant efforts from Leander Dendoncker and Fabio Silva, but West Ham held on for the win. Going into their next match, David Moyes has voiced concern over injuries to key players Declan Rice and Michail Antonio, but vowed to soldier on as they compete against top-four rivals Leicester.

Leicester City are 3rd in the table, with only a 4-point lead over West Ham. They collapsed to Manchester City, 0-2, in a humiliating home loss. From the get-go, the Citizens dominated the Foxes, with Benjamin Mendy breaking the deadlock in the 58th minute, moving past Marc Albrighton and scoring the goal. At the 82-minute mark, Gabriel Jesus then scored another one against keeper Ederson, who also received a yellow card. Manager Brendan Rodgers claimed that inefficiency with the ball and fatigue from the international break caused the loss, but they are now focused on getting back on track with the fixture against the Hammers.

With the match between these two clubs close to call, we’re going with West Ham to take this game. Despite key injuries, the Hammers have a slight edge over Leicester with the home turf, and the Foxes are reserving energy for the upcoming FA Cup, which they have a better chance at winning compared to the Premier League title. Let’s take a look at our predictions. 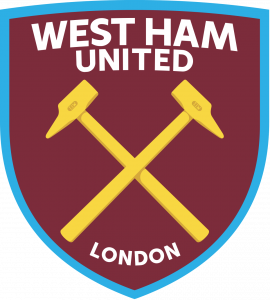 For this Premier League West Ham v Leicester Match Prediction to win, West Ham need to win the match with a one-goal lead. If they lose the match, the bettor loses all of the stakes. For the Over/Under bet to win, the total goal count should be above 2.5 goals.