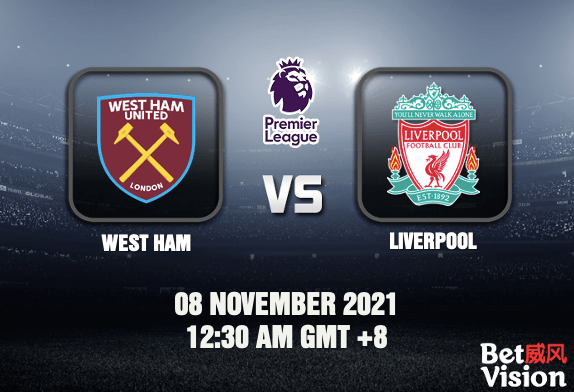 West Ham v Liverpool Prediction (EPL) – West Ham United hope to continue their undefeated streak as they host league title favourites Liverpool for match week 11 in the Premier League. In their previous encounter, the Reds emphatically beat the Hammers 1-3 at London Stadium. What will happen in the upcoming matchup? Let’s take a look and read on for our winning tips below.

West Ham have not lost for five matches now across all competition, but their most recent outing ended in a draw. The same goes for Liverpool, who are undefeated in their last five in all tournaments. Let’s take a look at their current season performance.

West Ham United are currently in the top 4 of the Premier League. In their most recent league fixture, they soundly beat Aston Villa 1-4 at Birmingham. Ben Johnson’s low shot placed the visitors in the lead on 7 minutes, but Ollie Watkins was able to equalise at the 34th-minute mark. Three minutes later, however, Declan Rice’s long-range shot put the Hammers back in the lead. Ezri Konsa was then sent off early in the second half, and Pablo Fornals and Jarrod Bowen saw off the 10-man Villan squad. A few days later, however, they failed to capture an outright win at the UEFA Europa League against Genk (2-2), with Tomas Soucek’s own goal in the eleventh hour cancelled out Said Benrahma’s brace. Manager David Moyes conceded that the Belgian club had the better start, and the team have to keep the momentum going as they come back home to face an in-form Reds side.

Liverpool are at second in the EPL table, behind current-leaders Chelsea by 3 points and leading West Ham by 2. They have yet to lose in the competition (W6 D4), surviving their last league match with Brighton and Hove Albion 2-2. Jordan Henderson turned in Mohamed Salah’s fourth minute pass for the early lead, and Sadio Mane struck in sub Alex Oxlade Chamberlain’s pass to push up the lead further. However, Enock Mwepu and Leandro Trossard successfully levelled the contest for the Seagulls, and the scoreline held up to the end.  They, however, were able to maintain a similar lead in beating Atletico Madrid a few days later in the UEFA Champions League. Diogo Jota and Mane each found the back of the net in the first 21 minutes of the game, and Alisson kept a clean sheet against the Colchoneros. Manager Jurgen Klopp, whose side now qualified for the UCL knockout rounds, praised their “nearly perfect win”, despite losing Firmino for their upcoming clash with the Hammers. Could we see a similar display at London Stadium, nevertheless?

With both sides firing on all cylinders, this will be an interesting matchup. West Ham have the home advantage, in addition to an impressive performance in their last outings, including beating Manchester City on penalties in the EFL Cup. Liverpool’s undefeated season is going along swimmingly, but the Firmino and Keita injuries could slow them a bit. Nevertheless, we leave it up to Klopp’s tactical genius, along with the skillful playmaking of guys like Salah and Mane to make this affair a hard-fought win for the streaking Reds. Let’s take a look at our predictions.

For this Premier League West Ham v Liverpool Prediction to win, Liverpool need to win with a one-goal lead. If they draw the match, the bettor would lose all of the stakes. For the Over/Under bet to win, the total goal count should be above 2.5 goals.