West Ham v Leicester Prediction (EPL) – West Ham hosts the Foxes for this upcoming match week 2 in the Premier League. In their previous encounter, the Hammers narrowly beat Leicester City 3-2 at London Stadium. Will there be a repeat, or will the visiting side get the win? Let’s take a look and read on for our winning tips below.

West Ham scored a big win over Newcastle (4-2) in Matchweek 1. Leicester, on the other hand, narrowly beat Wolverhampton Wanderers 1-0, after beating Manchester City in the Community Shield in the previous week. Let’s take a look at their current season performance.

West Ham United has managed to grab 9th in the table after an impressive domination of Newcastle United (4-2). Callum Wilson scored in the fifth minute to give the Magpies the lead, but Aaron Cresswell answered with a low strike that hit the net at 18 minutes in. Jacob Murphy retook the lead for Newcastle five minutes before half-time.  The Hammers levelled once again eight minutes after resumption of play when Said Benrahma headed in Michail Antonio’s cross. West Ham then claimed the game with two more goals, as Tomas Soucek converted the rebound on Antonio’s saved penalty at the 63rd minute, and Antonio himself scored on Benrahma’s assist three minutes later. Manager David Moyes hailed his players as they came back with a strong effort after falling behind in the first half. Now they are up for a challenge as they face last season’s FA Cup and Community Shield winners, who are looking to improve on their record from the past campaign.

Leicester City are just two spots behind West Ham on the table after only one game. They needed only one goal to put away Wolverhampton (1-0) when they faced off at King Power Stadium. The Foxes were in control of possession in the first half, but Wolves’ Adama Traore almost put his side in the lead with a wide shot through on goal. Jamie Vardy instead provided the breakthrough four minutes before half-time, as he flicked in Ricardo Pereira’s right-wing cross. Kasper Schmeichel then picked up a clean sheet by making crucial saves on shots from Trincao and Max Kliman. Manager Brendan Rodgers praised the hard-earned win, and most notably Jamie Vardy for his “fitness, hunger and form” for Leicester. While still missing key player such as Wesley Fofana, Timothy Castagne and Jonny Evans in the lineup, they now take on the Hammers, who are riding on the momentum of their past win.

This is looking to be a tough match, as both sides have had strong starts to the season. West Ham will enjoy home-turf advantage, as well as a healthy lineup, with only Arthur Masuaku unavailable for the match as of this writing. However, Leicester’s core from the FA Cup-winning and top-five placing side from last season is still intact. Vardy and company also made a strong statement with the Community Shield victory that they are hungry for a Champions League slot. If this doesn’t end up in a draw, we pick Leicester to prevail. Let’s take a look at our predictions. 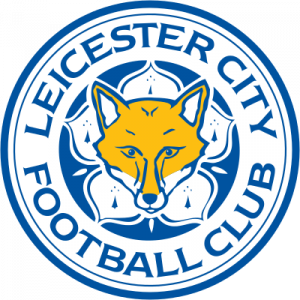 For this Premier League West Ham v Leicester Prediction to win, Leicester needs to win the match with a one-goal lead. If they draw the match, the bettor would be refunded the wagered amount. For the Over/Under bet to win, the total goal count should be above 2.5 goals.