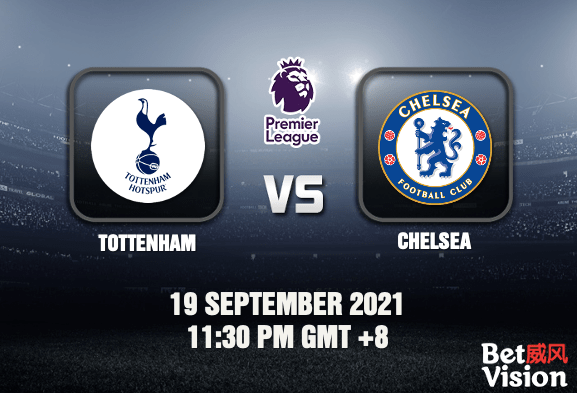 Tottenham v Chelsea Match Prediction (EPL) – Tottenham Hotspur host the Blues this weekend in a London derby at the Premier League. In their last meeting, Chelsea narrowly won 1-0. Could the reigning Champions League titlist repeat that feat, or could Spurs beat them? Let’s take a look and read on for our winning tips below.

Tottenham had three consecutive wins to open the season, but absorbed a huge 0-3 loss in their last league game with Crystal Palace. Afterwards, in the Europa Conference League, they drew 2-2 with Rennes. Chelsea, meanwhile, have been undefeated so far in the league, and started their defence of their UCL trophy with a 1-0 win over Zenit Saint Petersburg in their most recent outing. Let’s take a look at their current season performance.

Tottenham Hotspur, after topping the league before the international break, have fallen to 7th at the table. now seated 12th at the table in the Premier League. After losing to Crystal Palace in their last outing, they drew with Renne in the UECL. Spurs gained the lead on 11 minutes with Loic Bade deflecting Lucas Moura’s cross into the net. Flavien Tait then levelled in the 23rd minute for Rennes. They then took the lead with Gaetan Laborde’s 71st minute goal. However, Spurs equalised five minutes later with Pierre-Emile Hojberg finishing on a cross by Matt Doherty. Manager Nuno Espiritu Santo and his men will be looking to be in winning form again as they take on their city rival in their next EPL match.

Chelsea are looking good in their bid to win the league after being crowned champions of Europe last season. The return of Belgian superstar Romelu Lukaku has helped a lot, as they now occupy the 2nd spot at the table, and are tied in goal difference and points with Manchester United and Liverpool. Lukaku picked up a brace in their recent 3-0 win against Aston Villa, while Mateo Kovacic added the extra goal and assisted Lukaku on the first netter. The former Inter Milan talisman also delivered the winning goal in their UCL group stage win against Zenit, heading in Cezar Azpilicueta’s cross at the far post in the 69th minute. Manager Thomas Tuchel and his men now face their London neighbours next in what promises to be an exciting matchup.

While Tottenham enjoy home advantage, a bulk of key players remain uncertain for the clash with Chelsea. Son Heung-Min and Eric Dier are on watch for possible participation as they recuperate, while Argentinians Cristian Romero and Davinson Sanchez are also potentially available after serving quarantine period during international duty. This works to the advantage of the Blues, as Lukaku hopes to maintain his goal-scoring ways. Plus with a well-rounded squad that have the likes of Kai Havertz, Saul Niguez and Antonio Rudiger, the European champs are in pole position to steal one in Tottenham Hotspur Stadium this weekend. On that note, let’s take a look at our predictions.

For this Premier League Tottenham v Chelsea Match Prediction to win, Liverpool needs to win with a two-goal lead. If they draw the match, the bettor would lose all of the stakes. For the Over/Under bet to win, the total goal count should be above 2.75 goals.

Sports Betting in Singapore – Where to Play, Tips and Tricks...