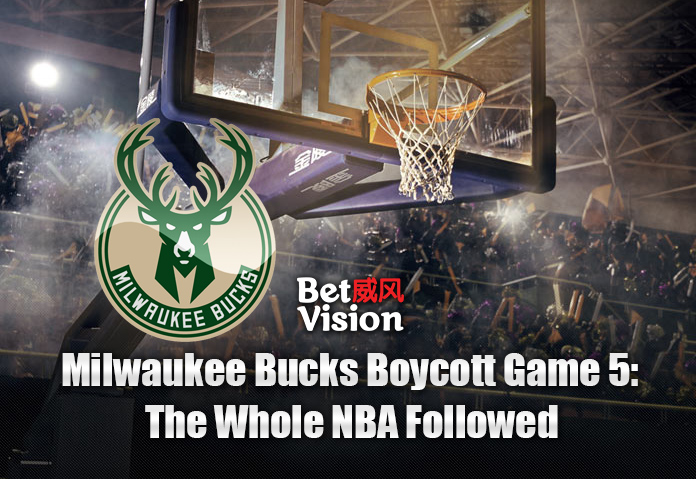 The Milwaukee Bucks Boycott Game 5 in light with the recent events regarding Jacob Blake, a 29-year-old man was shot seven times last Sunday. It was a devastating event that shocked The USA again as it is another incident involving a black man.

Jacob Blake, a 29-year-old black man was shot 7 times at the back of his car at Kenosha, Wisconsin by a police officer. Jacob was a brother, an uncle, a song, and a father to his kids and family. According to reports, there was a knife found in the card of Blake, but no other weapons were found.

As the Orlando Magic was currently inside the court warming up, the Milwaukee bucks were still nowhere to be found during the start of the game. It was then that the Milwaukee Bucks players had decided to not play game 5 of their series against Orlando Magic. This was a brave step towards launching a strong statement regarding the events that transpired this year. With their move, the NBA has decided to postpone all games that are played within the same day.

With the current social issues in the USA, the NBA, its players, and coaches had talked about supporting the Black Lives Matter Movement and taking actionable measures in lieu of the movement. The initial move by the Bucks was then followed by the Los Angeles Clippers, Los Angeles Lakers, Houston Rockets, and the Oklahoma City Thunder. All the games that were scheduled were all postponed. The action of the Bucks resonated within athletes across the country, making other games from other leagues and sports postponed as well. The WNBA, MLS, and MLB have decided to put a hold on all sporting events.

Milwaukee Bucks Boycott Game 5 - What will happen next?

According to some reports, the NBA games are unlikely to resume anytime within the week. Discussions are still ongoing whether it will continue or not. According to Sham Charania, the teams in the NBA voted to continue, but the Lakers and the Clippers did not want to. Lebron James also said that he wants the owners to be more involved or take action in what’s currently happening. The Lakers specifically sent out a statement regarding this tragedy that is currently happening.

“We stand with our players and the players of the NBA in their demand for justice and the end of racial violence. Eighty percent of NBA players are Black men. We cannot love them for the joy and entertainment that they bring to the world, yet sit in silence and fail to use our platforms and resources to amplify their voices when they demand the justice and equality that America has promised us all but denied Black people for too long. In 2020 alone, we have been made to bear witness to the killings of numerous unarmed Black men and women at the hands of the police, as well as private “vigilantes.” Breonna Taylor, George Floyd, Ahmaud Arbery, and now Jacob Blake. We must continue to say their names. But now is also the time for us to say enough.”

This is a strong testament to the stand of the players in the League. It is their message of solidarity and concern for what’s happening and the constant effect of racism in the world. With everything that is happening there is no certainty on when the league would be going and its direction forward, we just need to wait and see and support the things that they do.