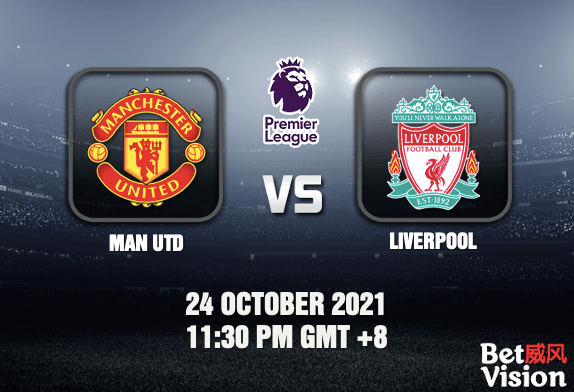 Man Utd v Liverpool EPL Prediction – A new chapter of England’s biggest rivalry will be written as Manchester United hosts Liverpool this weekend. In their last meeting in May, the Merseysiders edged the Red Devils 4-2 in Old Trafford. Could Cristiano Ronaldo’s return, plus the signing of Jadon Sancho give the ammunition Man Utd need to beat their rivals? Let’s take a look and read on for our winning tips below.

Man Utd have struggled to find form in their last five meetings across all competitions, picking up two wins, two losses and a draw in that period. Liverpool, meanwhile, have been a well-oiled machine, staying undefeated for the same span of matches (W3 D2). Let’s take a look at their current season performance.

Manchester United is now seated 6th at the table in the Premier League. They were dealt a heavy blow in their last EPL match as they fell to Leicester City 2-4 at King Power Stadium. Mason Greenwood and Marcus Rashford scored the netters in the losing effort, which had the Red Devils leading in the first 30 minutes. They redeemed themselves later with a come-from-behind win against Atalanta 3-2 in the UEFA Champions League.  After the Mancunians trailed by two goals at the half, Marcus Rashford and Harry Maguire helped level the score. The comeback was complete as Ronaldo made a clutch header with only nine minutes remaining. Manager Ole Gunnar Solksjaer and his side must now ride on the momentum of this victory as they take on their classic rivals in the midst of a grueling schedule for the team.

Liverpool are currently second in the table, four points ahead of Man Utd and just behind current leader Chelsea by one point. In their last league match, they defeated newly-promoted Watford 5-0 at Vicarage Road. Roberto Firmino was the scorer of the match with his hat-trick, while Sadio Mane and Mohamed Salah completed the scoreline. They had a slightly tougher time in the UCL, as they narrowly escaped Atletico Madrid 3-2 at the Wanda Metropolitano. Salah and Naby Keita’s early goals were cancelled out by Antoine Griezmann’s brace later in the half. Griezmann then picked up a red card in the 52nd minute, leaving the Reds to capitalise on the one-difference and Salah converting a penalty with just 12 minutes before full-time. Manager Jurgen Klopp and his men will be subjected to another test as they face their next foes, who had a come-from-behind victory of their own in the UCL. Can they rise up to the challenge?

The matches between these two sides have almost always been guaranteed classics, and this is looking to be another thriller of a game. Man Utd will have the home crowd behind them, and despite Raphael Varane’s absence, they have Ronaldo, who has delivered in the most dire situations. However, their recent inconsistency in form may work against them. Furthermore, Liverpool’s highly-efficient frontmen, plus Klopp’s recent strokes-of-genius will have them as the favourites in this game. Thus, we predict a Merseyside victory this time around. With that, let’s take a look at our predictions.

For this Premier League Man Utd v Liverpool EPL Prediction to win, Liverpool need to win the match with a one-goal lead. For the Over/Under bet to win, the total goal count should be above 2.75 goals.