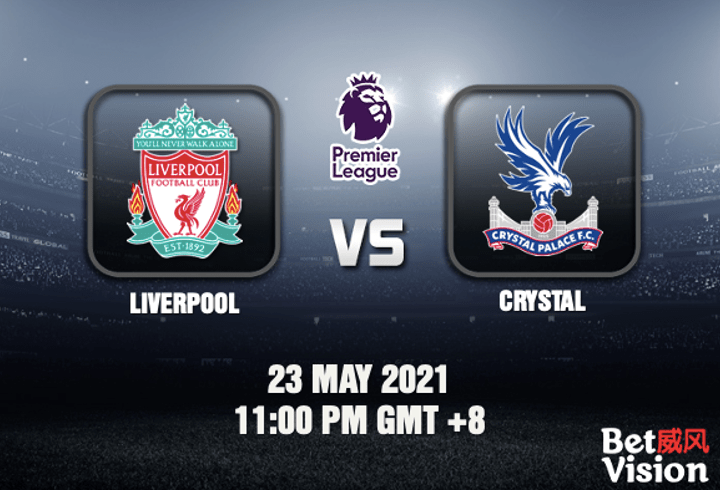 Liverpool v Crystal Prediction (EPL) – Liverpool is hosting Crystal Palace for this final match week in the Premier League. In their previous encounter, the Reds dominated the Eagles 7-0. Will it be different this time around? Let’s take a look and read on for our winning tips below.

Liverpool are in top form, as they have been on a four-game winning streak before this match. Crystal Palace, meanwhile, have had mixed fortunes and are coming off of a loss. Let’s take a look at their current season performance.

Liverpool is now back at 4th in the table in the Premier League after a string of wins. They dominated Burnley, 3-0, when they visited Turf Moor in their last outing. Roberto Firmino opened the scoring at 43 minutes as he slotted in Andrew Robertson’s cross. A few minutes after the beginning of the second half, Nathaniel Phillips headed in Sadio Mane’s centre. Lastly, sub Alex Oxlade-Chamberlain scored with a left-footed drive to put away the Clarets for good. Manager Jurgen Klopp considered the victory a “semi-final” for the Reds, who are determined to finish the season in the top four in order to compete again in the UEFA Champions League next season.

Crystal Palace are currently at 13th in the table. They had a heartbreaking loss at the hands of Arsenal, 1-3, during their last encounter at Selhurst Park. Nicholas Pepe scored first for the Gunners at 35 minutes. Christian Benteke was able to equalise at the 62nd minute by heading in Andros Townsend’s free kick, giving him his fourth goal in as many matches. However, the Eagles failed to capitalise, and two successive late efforts from Gabriel Martinelli (90+1′) and Nicolas Pepe (90+5′) sealed the game for the North Londoners. Despite the result, manager Roy Hodgson, who is departing Crystal Palace after this season, said that the loss doesn’t dampen his mood as he wraps up his stint with the Eagles. They are hoping for a better showing at Anfield as they face red-hot Liverpool.

With only one game left in the season, expect Liverpool to go all out and secure their top four placing in the table. Even with Crystal Palace giving the Reds a good fight, the Merseyside lads are determined to win this one — and win, they will. Let’s take a look at our predictions.

For this Premier League Liverpool v Crystal Prediction to win, Liverpool needs to win with a three-goal lead. If they win only by one goal, the bettor loses all of the stakes. For the Over/Under bet to win, the total goal count should be above 3.5 goals.