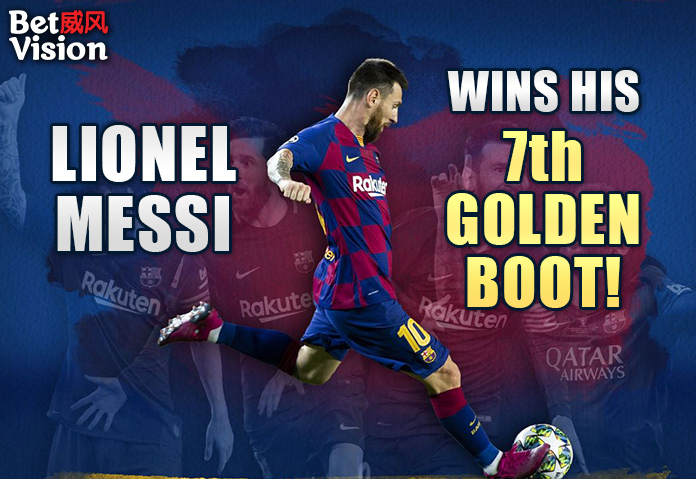 Lionel Messi wins his 7th Golden Boot in La Liga, finishing with the highest goals scored in this season! The Argentinian set this record-breaking moment in their match against Alaves that ended in nil-5! This also is the 4th consecutive year that the captain led the Spanish League in total goals scored in one season! Messi finished the season with 25-goals, leaving the second place, Karim Benzema. 4 goals behind.

As Real Madrid celebrates their victory as champions of the league, Barcelona fought Alaves in their last match of the season that ended in a 0-5 victory. This victory has made the Argentinian winner of La Liga’s golden boot as he scored 2 goals for the club in the 34th and 75th minute of the match. Alongside the club’s captain, Fati, Nelson, and Nelson Semedo, scored one goal each, ending the club’s season on a dominating high-note.

As Messi set his 7th La Liga golden boot, this season is one of his best as he also broke more records. The 33-Year Old Argentinian also set records in all of the highest levels.

As the Argentian set the best records of the season, it is still certain that the Barca captain is feeling happy with his accolades, but it still would be much happier with a positive result towards the end of La Liga.

Messi delivered a statement at a Spanish television, “We didn’t expect to finish in this way, but it sums up the year for us, We have been an erratic and weak team, who can be beaten with enough intensity and enthusiasm. We have lost a lot of points which we shouldn’t have done and been very inconsistent.”

The Argentinian also said “Individual prizes and objectives are secondary. It’s an important achievement to win it seven times but I would have liked it to have been accompanied by the La Liga title.” With the Champions League still in play, Setien, Barca’s coach still sees that the team can win in their best form. Despite the high achievements, Messi still strives to get that championship. The team hopes that they may be able to in their next run.

If you want to stay updated on the latest in Singapore sports news, bookmark our page or follow us Facebook, Twitter, Instagram, and Pinterest! If you want to get started on playing, check out our banner below! or register using the button above!