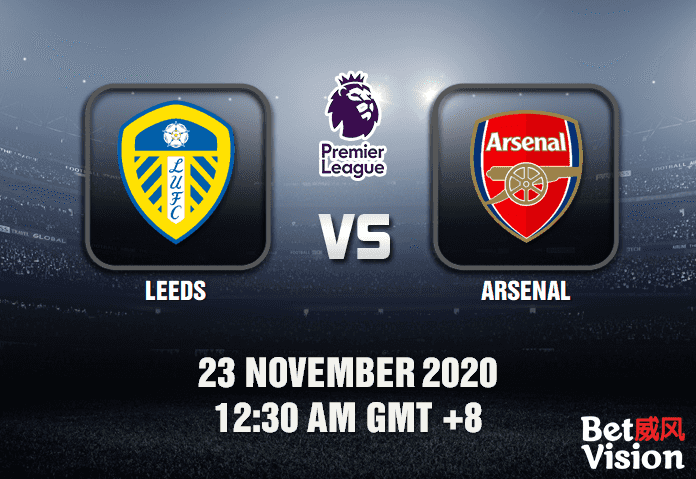 Leeds v Arsenal Match Prediction (EPL) – Arsenal is visiting Leeds United for the ninth match week of the Premier League! With the league back after the international break, we can expect intensity in the performance both clubs are going to bring to the competition. Let’s take a look and read on for our winning tips below!

No matches were played since 2004.

As both clubs are coming on from a loss, we can expect both to give their best in this upcoming match. However, Arsenal’s form is looking much better, with two wins in their last five, as opposed to Leeds’ single win. Let’s take a closer look at their previous match performances.

Seated 15th at the table, Leeds United has lost two matches in a row, and their most recent loss was against Crystal Palace, who dominated them, 1-4 in the scoreline. Patrick Bamford was able to score one goal, but it’s not enough as Crystal Palace is already in the lead. A misfortunate own goal by Hélder Costa further plunged the Peacocks into their defeat. Manager Marcelo Bielsa sees that it was a just defeat as they were not performing well. This upcoming match is looking to be another defeat for the team.

Arsenal has suffered another big defeat in the hands of Aston Villa. Now seated 11th at the table, it was an utter crushing defeat for Mikel Arteta and his men as they were scoreless in that run. The unfortunate opening own goal by Bukayo Saka was further strengthened by the opposition’s two consecutive goals in the second half. It’s safe to say that the Gunners were really not in the form during that match.

With this match coming off from the international break, we can expect Arsenal to be refreshed and ready to take on any encounter. With their defenses looking better than the opposition, averaging only 1.25 goals conceded per match, the 2.13 of Leeds is surely there to be taken advantage of by the gunners. Let’s take a look at our predictions.

For this Premier League Leeds v Arsenal Match Prediction to win, Arsenals needs to win by one goal. If they lose by one, the bettor would lose all of his stakes. For the Over/Under bet to win, the total goal count should be above 2.75 goals.