All throughout the years, eSports betting in Singapore and Malaysia are not well known. There have been many developments in the world of gaming, especially in its competitive scene – arose to what we know now as eSports. So what is eSports actually?

With Singapore hosting its first-ever DOTA2 major, It is the competitive aspect of games wherein teams or individuals compete for a title or cash prizes. Many games have produced different competitive leagues of their own as part of developing their player base as well as sustaining its viability in the future.

The most prominent games that we hear now are DOTA2, League of Legends, Counter-Strike: Global Offensive, and many more. Today, we’re going to teach you the in’s and outs of eSports betting!

Let’s start by looking at our latest provider – IM-eSports – It’s our focused platform on betting on the latest and the greatest eSports games in the world. We have to remember that games are normally played by rounds or maps.

Series Bets are the most common betting type in eSports. They come at Best of 2, 3, 4, even 7. It means that teams normally would win on several occasions to win the match.  They either play on rounds or maps. Below is an example of a series bet. BO – Stands for “Best of” – in this case, this DOTA2 match is a best of 3.

The team that you’re betting on should win the series of matches. Either they win 2-1 against the other, or they sweep – which is a straight win of 2 matches.

In this one, players can bet on whichever handicap is available for the teams at play. As you can see, the red team has lower odds, an indication of a higher chance of winning if you bet on the +1.5 handicap. The odds below are in reverse – because it is a common occurrence in eSports of an upset between matches. 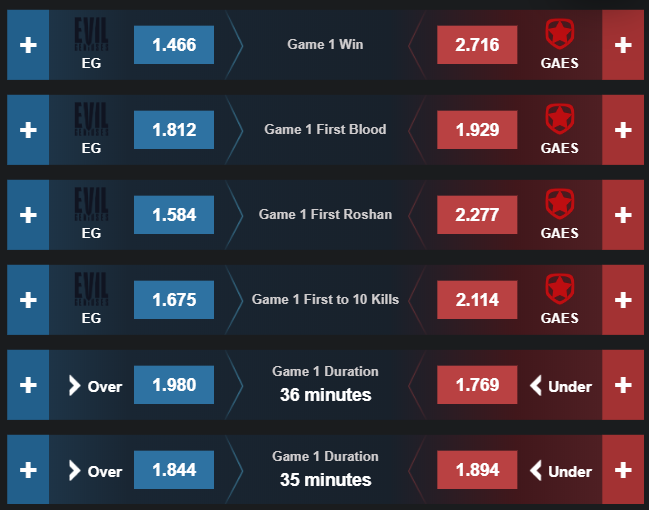 Sidebets are also available to the game, in DOTA2, there are many things that players need to accomplish in order to win the match, first blood – which means the team that gets the first kill, duration, Roshan, and many more. Betting in eSports is almost the same as football betting. They have available stats that look at the team’s composition, win rate, picks, and every aspect of the game.

That’s it! a short tutorial on how eSports betting works! Did you like our article? Consider putting us in your bookmark or follow us on Facebook and Twitter for the latest updates! Also, check out our latest eSport Betting platform, IM E-sports!