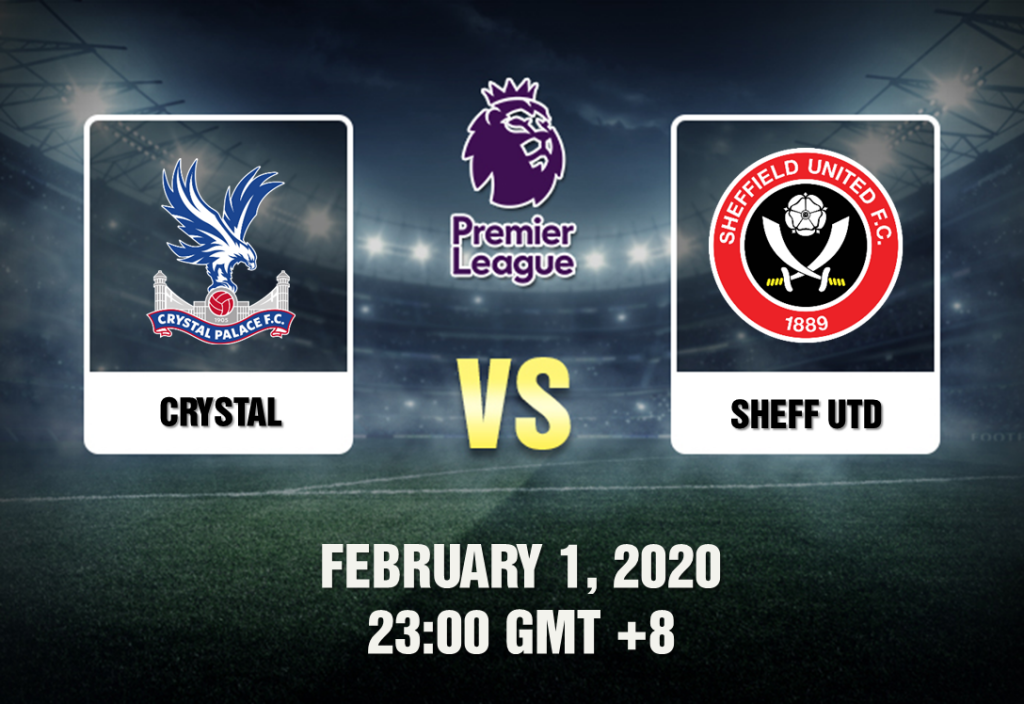 Crystal Palace vs. Sheffield United (EPL) – February 1, 2020, 23:00 (GMT +8) – The Blades are going to visit Selhurst Park in a head to head clash against Crystal Palace. Their last encounter in Bramall lane left the eagles running with a 1-0 loss. What will happen in this next match? Let’s take a look at the stats:

Crystal Palace is seated 11th at the table. They lost their last match against Southampton when they visited at Selhurst Park. It was a one-sided 0-2 as the Saints dominated with 15 shot attempts at goal compared to the 6 of the eagles. Manager Roy Hodgson sees that the team’s problems have caught up with his team and Southampton was the better team.

Sheffield United is seated 8th at the table. They also lost their last match against Man City 0-1. It was a tightly contested, but the citizens dominated the match with the possession going over 60%. Manager Chris Wilder feels bad for the loss at that game but is happy with the overall performance of the team this season.

Crystal is coming into this match with no wins in their last 5 games. It seems that the eagles are trying to recover their form, but Sheffield United is looking inconsistent with 1 win in their last 5. We can see that the blades are more aggressive with their 1.83 chances per match compared to Crystal with their 0.75 chances. Let’s look at our prediction.

For this sports bet to win, Sheffield needs to have a one-goal lead. If the team draws the match, the bettor would refund all the stake.