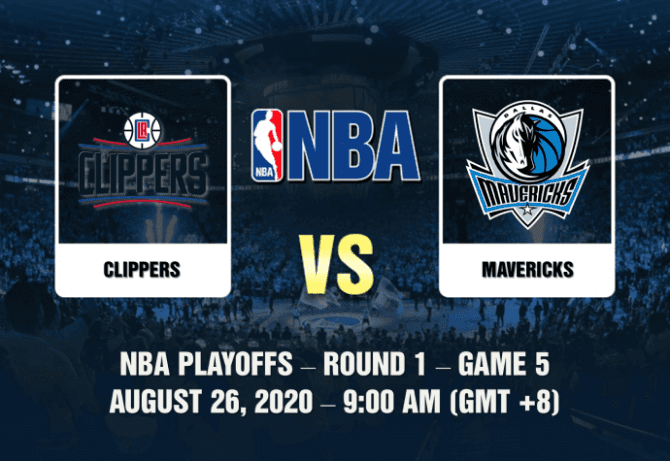 Clippers v Mavericks Prediction Game 5 – (NBA) – August 26, 2020 – 09:00 AM (GMT+8) – Round 1 – The playoff matches between the Los Angeles Clippers and the Dallas Mavericks is something to witness. It has been an incredible back and forth between these two teams since the start of the season. With the series tied 2-2, who will get to the match point in this upcoming match? Let’s take a look and read more about our prediction below!

The Los Angeles Clippers started this series on a high note against the Mavericks. Winning games three and one, there is not much said about how they are determined to go neck and neck against their competition. With the game closer than ever in game 4, Kawhi Leonard dropped 32 points, 4 assists, and 9 rebounds to help his team gain some momentum. Lou Willams is just on a roll with 36 points on his name. It’s just a great performance overall from the Clippers in game 4.

Tough one. Back again on Tuesday. pic.twitter.com/1sp0ZAVj3V

It was a tough competition for Coach Doc Rivers but they are more than ready to bounce back in game 5 to get their momentum going and get that higher position against the Mavericks.

Kawhi Leonard is going to be the backbone again for this upcoming game. His clutch mentality and amazing reads on the game can ensure the Clippers’ advantage in the upcoming match. There is not much to say but his performance is always on top.

The nail-bitter performance of game 4 for Dallas Mavericks is one for the books. The game-winner by Luka Doncic is just cold, leaving the Clippers 135-133 during overtime in the previous game. His performance is off the charts, a triple-double, with 43 points, 13 assists, and 17 rebounds, we can see this man going all in to get the winner in game 5. Terry Burke just dropped 25 points and Tim Hardaway got 21 to get the ball rolling for the team.

The shot heard around the 🌎 today. #dALLasIN #MFFL pic.twitter.com/fp54cs8lu3

It’s safe to say that Coach Rick Carlisle is looking forward to another win and is more than motivated to rally towards a crucial win ahead of the series. His men can definitely make it happen in game 5.

Without a doubt, Luka Doncic is going to be crucial in this game 5. His stellar performance across all games, especially in game 4 is surely marked by the Clippers. But his athletic ability is not limited despite having all defense on him. He is going to make it possible for the team. 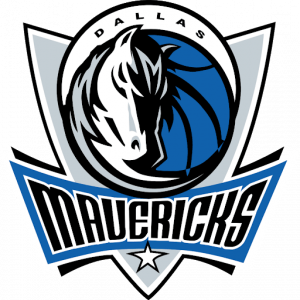 For this Clippers v Mavericks Prediction Game 5 to win, Dallas Mavericks needs to lose not less than 7 points against the Los Angeles Clippers. For the Over/Under bet to win, the total score should be above 236.5 points.

Sports Betting 2021: A Guide to Asian Betting Odds and More!