China v Vietnam Prediction (FIFA World Cup Qualifiers) – China PR takes on Vietnam in the next round of FIFA World Cup 2022 Qualifers in Sharjah United Arab Emirates. The last time these two sides was nearly a decade ago, with China winning 3-0. Will the Dragon’s Team maintain their winning streak, or will the Golden Star Warriors finally triumph? Have a quick look and read on for our winning tips below.

China are coming off of two consecutive losses heading into this match. Vietnam, meanwhile, have incurred three straight defeats as they come into this game. Let’s take an in-depth look into both teams.

China PR are at the bottom of the Group B table with 0 points, having incurred two losses and a goal difference of -4 (0 for, 4 against). After dropping the round opener to Australia 0-3, they narrowly lost their clash against East Asian neighbour Japan, 0-1, last September at the Khalifa International Stadium in Doha, Qatar.  The Dragon’s Team were at the mercy of the Blue Samurai throughout the game, having 70% of possession and making 18 shots with 3 on target. Yuya Osako scored the winning goal just 5 minutes before halftime. Despite the losses, the team which is led by Wu Lei, Elkeson, Tyias Browning and head coach Li Tie and his men have the opportunity to finally get a point against Vietnam, whom they have yet to experience a defeat to in all competitions.

Vietnam are currently 5th in the Group B table with 0 points, having also lost 2 games and currently sporting a goal difference of -3 (1 for, 4 against). After bowing to Saudi Arabia 1-3 in the opener, they fell again to Australia, 0-1 at the Mỹ Đình National Stadium in Hanoi last 7 September. While the Golden Star Warriors had more shots (11 to 6) throughout the game, the Socceroos controlled 71% of the possession and made nearly thrice as much passes as the Vietnamese with 83% accuracy. Rhyan Grant scored the game’s lone goal just two minutes before the half-time break. The lone Southeast-Asian team in the round, led by Nguyễn Công Phượng, Quế Ngọc Hải and Nguyễn Quang Hải and managed by head coach Park Hang-Seo, now face a challenge by trying to get past a China PR side that has never lost to team in all competitions. Could this finally be their opportunity?

This is looking to be a close and exciting match despite the two countries’ table standings. The China side is beefed up with players of European and South American ancestry, while Vietnam has one of its strongest contending teams in years. But while the Golden Star Warriors are one of the big surprises in the Asia Pacific region, we have them just falling short of the Dragon’s Team in a tight contest. Let’s take a look at the prediction. 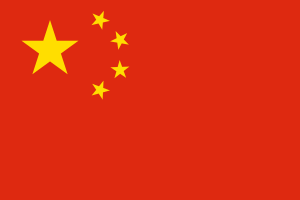 For this FIFA World Cup 2022 Qualifying Match China v Vietnam Prediction to win, China need to win the match with a one-goal lead. If they draw the match, the bettor would lose all of the stakes. For the Over/Under bet to win, the total goal count should be above 2.25 goals.