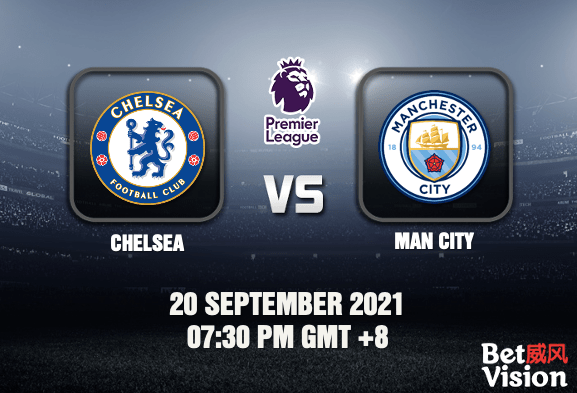 Chelsea v Man City Match Prediction (EPL) – Chelsea hosts Manchester City in an epic rematch between the two UEFA Champions League finalists last season. During that contest, the Blues from London took the victory. Will they beat them anew, or could the Citizens finally break the curse? Let’s take a look and read on for our winning tips below.

Chelsea have been undefeated since the season started. Man City, however, started their season with a loss, then raced on to three consecutive wins before being held to a draw by Southampton. Let’s take a look at their current season performance.

Chelsea has now taken over the top spot at the table in the Premier League. They handed Tottenham Hotspur a huge loss in their last match, 3-0. After a tightly-contested first half, Thiago Silva made a breakthrough at the 45th minute as he headed in Marcos Alonso’s corner. Substitute N’Golo Kante then doubled the lead with an amazing shot deflecting off Eric Dier. Antonio Rudiger then delivered a killer blow as he slotted in a cutback from Timo Werner. Manager Thomas Tuchel praised his men who have turned in a stellar performance after winning their Champions League opener. Can they keep the same form against the defending champs?

Manchester City are seated at the 5th position, 4 slots below Chelsea. After three wins, they drew with Southampton in a rare 0-0 result. While Man City were dominant with possession, they could not convert, with Ilay Gundongan and Raheem Sterling coming close to scoring in the first half. The Saints got a penalty on 61 minutes when Kyle Walker allegedly fouled former Blackburn Rovers star Adam Armstrong, but was overturned after VAR. Sterling then put in a rebound in stoppage time but was later ruled offside. Manager Pep Guardiola felt guilty about the draw, especially after making comments that fans should fill the Etihad Stadium after a half-filled match for their UCL game in light of the pandemic. Now that they are facing their tormentors in the European competition last season, will they finally bring their A game?

It has always been a tight contest between these two sides, with Tuchel slightly getting the edge over Guardiola this season. The addition of Romelu Lukaku and Jack Grealish to both sides makes the competition more exciting. We would have to give the slight advantage to Chelsea, however, because of the home crown factor, and for spotting Man City’s weaknesses at crucial moments. With that, let’s take a look at our predictions.

For this Premier League Chelsea v Man City Match Prediction to win, Chelsea need to win the match with a one goal lead. For the Over/Under bet to win, the total goal count should be above 2.5 goals.