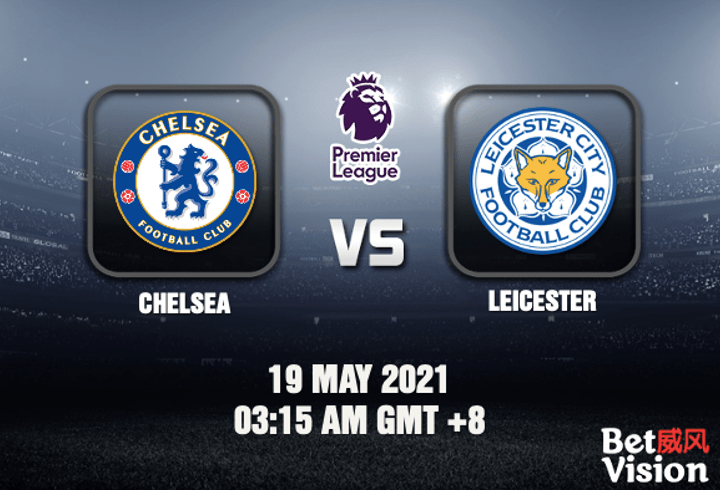 Chelsea v Leicester Match Prediction (EPL) – Chelsea is meeting the Foxes anew for this upcoming match week 20 in the Premier League. In their previous two encounters, Leicester City won 2-0 at King Power Stadium and 1-0 in the FA Cup Final at Wembley Stadium. Can the Blues finally win over Leicester this time? Let’s take a look and read on for our winning tips below.

After an undefeated streak, Chelsea finally lost to Arsenal (0-1) in the EPL and Leicester (0-1) in the FA Cup. In contrast, the Foxes have won both of their last two matches in all competitions, with a victory over Manchester United in the Premier League. Let’s take a look at their current season performance.

Chelsea is seated 4th at the table in the Premier League. Besides losing the FA Cup to Leicester, they also lost their most recent EPL encounter against Arsenal. Emile Smith-Rowe scored early on for the Gunners, making his effort in the 16th minute. The Blue were unable to make their mark on this game, with efforts from Mason Mount, Olivier Giroud and Kurt Zouma falling short. With the race for a top-four placing in the league becoming more competitive, and with the UEFA Champions League final looming in the future, Manager Thomas Tuchel and his side must come up with a big game to boost their momentum.

Leicester City hold on to the third spot in the table, and are on a high after winning the FA Cup. They also scored a big win over Manchester United (3-1) in their last EPL match. Luke Thomas put the Foxes on the board 10 minutes in when he met a cross from Youri Tielemans. The Red Devils leveled with Mason Greenwood scoring at 10′. Leicester then took the lead for good in the second half as Caglar Soyuncu headed in a cross from Marc Albrighton. Tielemans also starred in the FA Cup, as he provided the lone goal in the contest against Chelsea. Manager Brendan Rodgers are riding on a high going into this game; however, they know the Blues are keen on revenge, which means they need to be cautious.

Despite losing to the Foxes twice this year, the third time will be the charm for Chelsea. Apart from the home advantage, they are in a do-or-die position now as they try to secure a top 4 spot, and have a backup just in case the UCL final does not go their way.  Leicester will put up a fight as the new FA Cup champions, but this will be Chelsea’s time to shine. Let’s take a look at our predictions.

For this Premier League Chelsea v Leicester Match Prediction to win, Chelsea need to win with a two-goal lead. If they draw the match, the bettor loses all of the stakes. For the Over/Under bet to win, the total goal count should be below 2.25 goals.