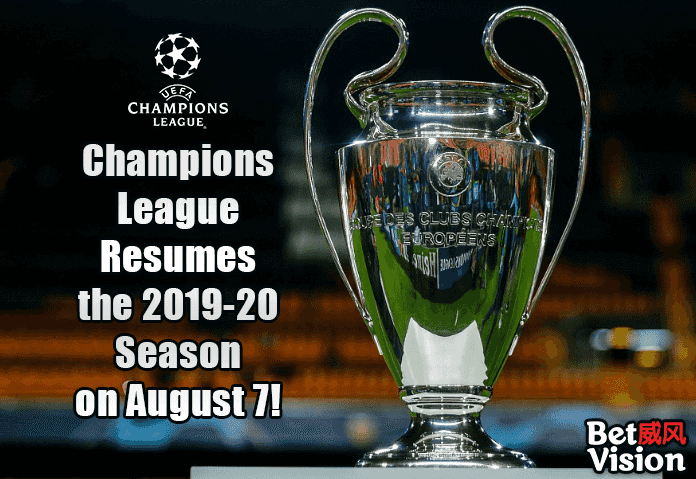 The UEFA Champions League resumes the 2019-20 season on August 7, 2020! With the issue and rise of coronavirus still prevalent, the Champions League were postponed last March 13, and after months on deciding when the resume will happen, it was then on agreed upon by the higher officials that the League will continue this coming August 7 behind closed doors to complete the remainder of the round of 16 matches.

Champions League Resumes - Round of 16 Matches

The resume of the Champions League will pick up at the remainder of the last leg of the round of 16 matches.

The Italian Champions are one goal below Lyon in this upcoming match. Lucas Tousart led the hosts in a victory and the advantage of the upcoming match. Juventus may need to step up to take a solid lead and an aggregate victory.

This matchup ended with the Spanish Champions losing 1-2 against Pep Guardiola’s men. Gabriel Jesus’ opening goal at the second half was countered minutes later, but Kevin de Bruyne got them the lead with a penalty resulting in the Citizen’s win.

A dominant victory from Bayern sent Frank Lampard’s men to the edge as they are coming in with a 3-goal deficit into this match. Bayern will take this victory from Chelsea.

A draw between the two teams can trigger some excitement in the upcoming match. A well-defined strategy may make it possible for Barca to take an advantageous position in this one.

Cristiano Ronaldo can have to face his previous team, Real Madrid if Juventus can win against Lyon in this upcoming match. A huge clash against Bayern can happen against Barcelona. The last 4 games of the Round of 16 is still being decided, but most likely will be in their respective home stadiums.

With the coronavirus pandemic still on, the UEFA Champions League has decided to put on important safety measures to ensure the teams and staff present through strict medical protocols. Sanitary plans are in place to ensure the overall safety of the venues. If the virus situation has gone down, the officials from UEFA alongside the local government can see if spectators and supporters can go back to slowly fill the venues.

Key dates on the resumption of the UEFA Champions League:

As the Champions League resumes, matches to be played in the quarter-finals, semi-finals, and finals are straight 8 knockout matches. With this system in play, the calendar of the 2020-21 season is not disrupted. The other leagues like the Europa League and the Women’s Championship League will also follow the same pattern.

If you want to stay updated on the latest in Singapore sports betting news, bookmark our page or follow us Facebook, Twitter, Instagram, and Pinterest! If you want to get started on playing, check out our banner below! or register using the button above!