Bucks v Suns Game 5 Prediction – 18 July 2020 – 09:00 AM (GMT+8) – It is now the fifth game of the NBA Finals featuring the Milwaukee Bucks and the Phoenix Suns! With both teams winning two games apiece in this series, there is so much to tell as it is one of the more exciting match-ups in history. Phoenix won the first two games at home, but Milwaukee bounced back at the Fiserv Forum and leveled the series. Now, the series heads back to the Phoenix Arena, where the winner of the following game will move within just one victory away from the championship. Let’s take a look at their previous matches to see who is the best choice in this match.

The Milwaukee Bucks have completed an impressive comeback after being down 0-2 in the series. Their last battle was a close one, as the Suns led for most of the first three quarters. However, the Bucks were able to start runs in the fourth, as Khris Middleton came up big, and Giannis Antetokounmpo was dependable on both ends of the floor. Antetokounmpo made a clutch play in the last two minutes as he blocked  Deandre Ayton’s shot when he received the alley-oop pass from Devin Booker. The Bucks would score on their remaining positions, until they were comfortably leading against Phoenix and finished the game tying up the series at two apiece.

The end of Game 4 was CRAZY 🤯 pic.twitter.com/rwE7vEfAJO

Khris Middleton came up big in the game, leading the Bucks in scoring, with 10 points down the stretch.  Giannis Antetokounmpo was amazing as usual, recording a double-double with 26 points and 14 rebounds, and also leading in assists with 8 made. Bucks coach Mike Budenholzer has turned things around for the squad, and is prepping for a showdown as they head back to the road.

While most of the attention is on Antetokounmpo, Khris Middleton will be the deciding factor in the upcoming game. His performance has not been as good on the road as he was at home. Even if Antetokounmpo has been a high scorer all throughout, he will be a marked man in Game 5, so Middleton needs to be the dependable wingman and help out in scoring.

After starting the series 2-0, the Phoenix Suns are in a bit of trouble, as they lost the last two games on the road, allowing the Milwaukee Bucks to catch up to them. After a humiliating defeat in Game 3, the Suns got off to an explosive start, holding the lead for most of the game, only to fall down the stretch. Devin Booker has a record 42 points and 2 assists for Phoenix. However, he got into foul trouble early, picking up 5 by the 3rd quarter. Chris Paul, who was in top form in Game 1, struggled as he made five big turnovers and scored a measly 10 points. They had a chance to catch up in the last few minutes, but Giannis Antetokounmpo’s block on Ayton sealed the fate of the team.   Suns coach Monty Williams can breathe a sigh of relief as they head home for the next game, but they need to control the Bucks’ momentum if they don’t want them to steal one in their own turf.

.@DevinBook with tonight’s @FanDuel Stat Line of the Game. pic.twitter.com/W9IqNfTvKZ

Chris Paul has had a terrible performance in the past game, and he definitely needs to get back to his signature “Point God” form coming into this match. Being the Suns leader, he has to exorcise his demons of choking in past playoffs once and for all. He and his squad couldn’t allow a win by the opposition on their homecourt, or else they will lose their frontrunner status.

Judging from the performances of both teams in the past four outings, Game 4 will be the most pivotal one in the series. However, seeing as each of them are dominant in their respective homecourts, we feel that Paul, Booker and the rest of the Suns will bounce back and stop the Bucks’ momentum to take this game. Let’s take a look at our prediction. 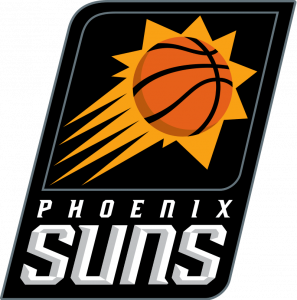 For this Bucks v Suns Game 5 Prediction to win, the Phoenix Suns need to win by 5 points over the Milwaukee Bucks. For the Over/Under bet to win, the total score should be below 218 points.