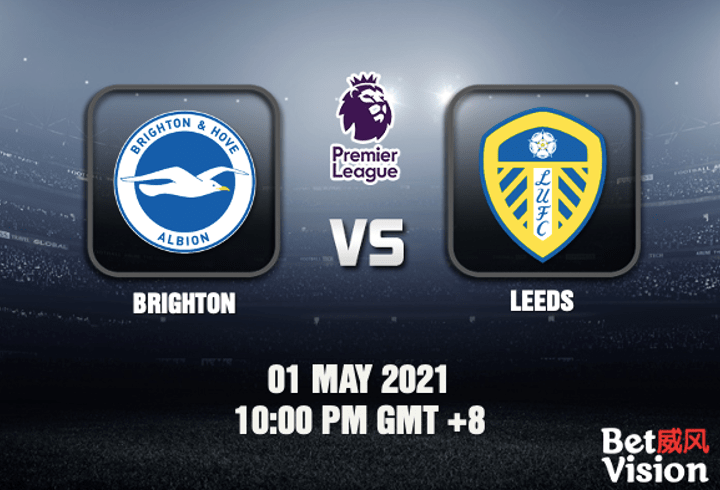 Brighton v Leeds Match Prediction (EPL) – Brighton and Hove Albion hosts Leeds United in match week 34 in the Premier League. In their previous encounter, the Seagulls prevailed, 1-0, at Elland Road. Will the Peacocks get lucky this time? Know our prediction and read on for our winning tips below.

Brighton have been inconsistent in their last matches, having had only one win in the last five matches, and are coming off of a loss. Leeds have done better, but are also coming off of two straight draws. Let’s have a look at their season performance so far.

Brighton and Hove Albion is currently at 17th in the EPL table and are barely above the relegation zone. They lost to Sheffield United, 1-0, during their last encounter at Bramall Lane. Neal Maupay got the first opening of the match, but his shot was thwarted by Aaron Ramsdale. The Seagulls paid for it later, as David McGoldrick scored from the penalty area at 19′. In the second half, Brighton was more aggressive on the attack, but efforts by Maupay, Adam Lallana and Jakub Moder fell short. Manager Graham Potter was frustrated by the outcome, especially because of the missed opportunities. They now face another challenge higher-ranked  Leeds this week.

Leeds United are now nestled at the 9th spot in the table with a few weeks to go in the season. They battled to a scoreless draw with Manchester United at Elland Road in their last outing. Illan Meslier saved Marcus Rashford’s free kick in the first half, putting the Red Devils at bay. Leeds’ best chance came in the second half, when Helder Costa’s shot landed on the roof of the net. In the end, none of the teams were able to score. Manager Marcelo Bielsa, however, was impressed by the maturity of his squad, as their opponents were denied a chance to catch up with top-ranked Manchester City. They now hope to improve their standing with a victory over the Seagulls.

With Brighton meeting a higher-placed team, they face a bold challenge to move clear of the relegation zone. But despite Leeds’ good record as of late, they are still vulnerable, and the Seagulls showed that in their fixture in January. The absence of Cooper and Forshaw for the Peacocks will be something for the hosts to capitalise on. Meslier has a strong chance to get another clean sheet, and Maupay and Dunk will lead the attack for a Brighton surprise win. So now, let’s take a look at our predictions. 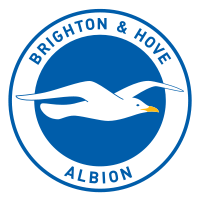 For this Premier League Brighton v Leeds Match Prediction to win, Brighton need to win the match with a one goal lead. If they lose the match, the bettor would lose all of the stakes. For the Over/Under bet to win, the total goal count should be below 2.5 goals.