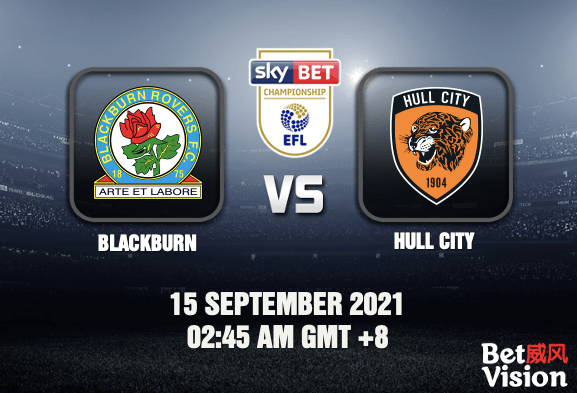 Blackburn v Hull Prediction (EFL Championship) – Blackburn Rovers, the official partner of BetVision, are set to feature in another home match against Hull City. Their last match in February 2020 had Rovers prevailing 3-0. Can the Blue and Whites repeat the feat, or will the Tigers come growling back? Let’s take a closer look and read on for our winning tips below!

Blackburn are coming off two consecutive draws coming into this game, which is the same as Hull. Rovers, however, have had the better record overall, while the Tigers have not won in five matches. Let’s take a look at their current season performance.

Blackburn Rovers are currently seated 10th at the table in the Championship. They drew their most recent encounter against Luton Town, which also took place at Ewood Park. Teenager Tyrhys Dolan opened the scoreline with a goal in the 27th minute. Four minutes later, defender Harry Pickering had another netter off of the assist of English-Chilean superstar Ben Brereton Diaz, giving the Blue and Whites a 2-0 lead at the half. However, the Hatters were able to equalise late in the game, with Luke Berry scoring a brace (73′, 90+8). The match results left Rovers to pick up one more point in the table. After a second consecutive draw, manager Tony Mowbray and his squad will try to get a win at home for a second try against the struggling Tigers.

Hull City are at 20th in the League Championship table. They settled for a 0-0 draw against Swansea City in their last match at Liberty Stadium. The Swans were dominant for very long periods in the game, but they could not break through the Tigers’ defence. Swansea’s Matt Grimes came closest to making a breakthrough, but his effort was diverted at the post by Hull keeper Matt Ingram. Manager Grant McCann and his squad were happy to get a draw and a point, but their goalless stretch has now gone five matches. Could they score against Rovers at home in their next outing? We’ll find out.

With Blackburn’s second straight outing at home, they will seize the opportunity to improve on their disappointing finish against Luton and deliver an emphatic win against Hull. And with Brereton fully back in form, plus a strong supporting cast that includes Dolan and Pickering, we can expect Rovers to dominate the Tigers on the field. Let’s take a look at our predictions.

For this EFL Championship Blackburn v Hull Prediction to win, Blackburn need to win the match with a one-goal lead. If they draw the match, the bettor loses all of the stakes. For the Over/Under bet to win, the total goal count should be above 2.5 goals.