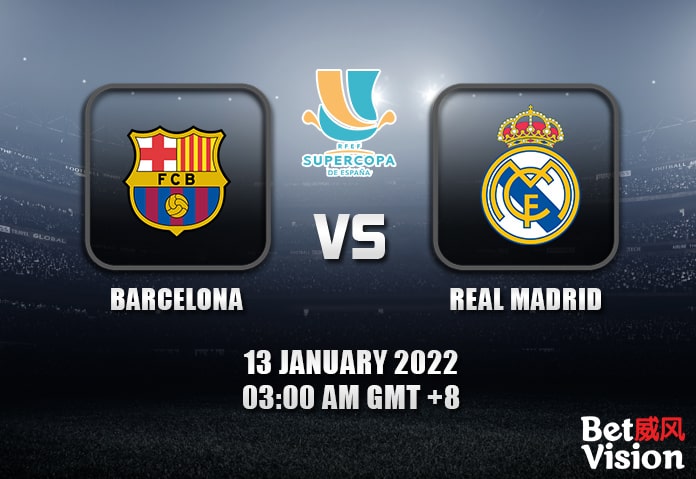 Barcelona v Real Madrid Supercopa Prediction (Spanish Super Cup) – It’s an El Clasico semi-final in the Supercopa de España as Barcelona clashes with arch-rival Real Madrid. Can the Blaugrana overcome their woes this season and advance to the final? Or will the Blancos rule, as they have always done this season? Read more of our analysis, and our prediction at the end!

Barcelona and Real Madrid have nearly identical records in their last five games. The Blaugrana have won thrice and drawn twice, while the Blancos have three wins, one draw and one loss. Next up, we look at each club.

Barcelona qualified for the semi-final by making it to last year’s Copa del Rey final, wherein they also won. Since then, the first team have had several issues, starting with he departure of long time superstar Lionel Messi in the summer. Also, following lacklustre results in the first half of the season, they replaced manager Ronald Koeman with another club legend, Xavi. Another setback was the Blaugrana’s elimination from the UEFA Champions League group stage, making them settle for the Europa League knockout rounds instead. Finally, veteran recruit Sergio Aguero was forced to retire due to heart problems. In their latest LaLiga match, the club had to settle for a 1-1 draw against Granada, as Luuk’s de Jong’s goal was levelled by Antonio Puertas one minute from time, and Gavi was sent off in the 79th minute. Barça do have a bright future despite their troubles, and the addition of youngster Ferran Torres and veteran Dani Alves can help boost their chances. But with their arch-rivals still riding high, will they even stand a chance?

Real Madrid booked their ticket to the semi-final after finishing second in LaLiga this year. They are finding their groove after some problems early in the season, securing the top seat in LaLiga and five points clear of second placer Sevilla. They most recently put on a fine display as they clobbered Valencia 4-1 at the Bernabeu. Karim Benzema’s penalty conversion two minutes before the break marked his 300th goal for the Blancos, and he netted yet again two minutes before time. Vinicius Jr. too had a brace, with each of his goals coming nine minutes of each other at the beginning of the second half. While they are favourites entering the El Clasico semifinal, manager Carlo Ancelotti believes that it will be an even game, with Xavi’s men sure about how they intend to play. Could this be true, or will Real run over their foes like they have done over other clubs so far?

Usually, it is more about heart than stats in El Clasico. And with the semi-final taking place on neutral ground in Saudi Arabia, it’s bound to be an all-out battle. However, Real Madrid have proven this season that they are as passionate as they are skillful; something Barcelona have fallen short in despite changing bosses. We do think the Blaugrana can get on the scoreboard, but the Blancos will see the back of the net more in this. Let’s take a look at the prediction. 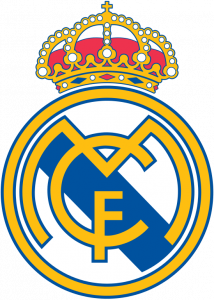 For this Barcelona v Real Madrid Supercopa Prediction to win, Real Madrid need to win the match with a single goal lead. If they draw the match, the bettor would lose all of the stakes. For the Over/Under bet to win, the total goal count should be above 2.75 goals.