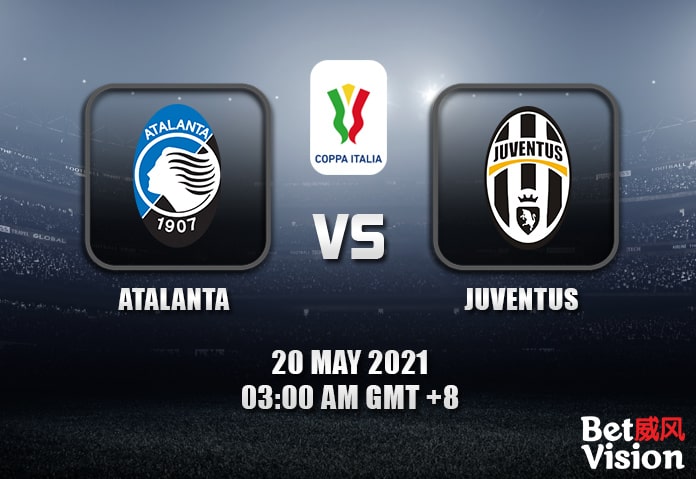 Atalanta v Juventus Prediction (Coppa Italia) – Atalanta will be facing off against Juventus in the upcoming Coppa Italia final. Atalanta is gunning for their second Coppa ever and their first since 1963, while Juventus will try to add another Coppa to their 13 wins. Who will prevail in this match? Let’s take a look and read on for our winning tips below.

Atalanta have been undefeated in their last five outings, having four wins and one draw. Juventus, on the other hand, has had a loss in their final five matches.

Atalanta have had a remarkable season, as they are currently second in the Serie A table, and qualified for the Champions League before losing to Real Madrid in the round of 16. They punched their ticket to the Coppa Italia final in February by defeating Napoli (3-1 on aggregate). While the first leg ended in a scoreless draw, Atalanta clearly dominated the second leg, as Duvan Zapata (10′) and Matteo Pessina (16′, 78′) starred for the Bergamo-based club. Napoli was only able to produce one goal courtesy of Hirving Lozano (53′). Manager Gian Piero Gasperini, whose side just defeated Juve last month (1-0), hopes that their recent victory can give them a boost and help them face with confidence one of Italy’s most decorated clubs in the final.

Juventus are currently 5th in the table in Serie A. They were able to qualify for the Coppa Italia final by beating Inter Milan in the semi-final last February (2-1 on aggregate). Inter Milan actually led in the first leg when Lautaro Martinez netted in a goal at 10 minutes. But Cristiano Ronaldo once again showed his dominance, and answered with two crucial goals (26 P’, 35′). In the second leg, Juve was able to hold Atalanta to a scoreless draw, punching their ticket to the final. Manager Andrea Pirlo was also able to reach his first Coppa Italia final, and his side will be battling it out with a strong Atalanta side who have had an amazing Serie A campaign. themselves.

With both Atalanta and Juventus having healthy lineups, and playing inspired football at this stage in the season, the Coppa Italia will be a close match. However, the performance of Ronaldo and his squad these past few days show that they are still a force to be reckoned with. Even when pitted against a strong Atalanta side, the Bianconeri are on track to win a record 20th Coppa. With that, let’s take a look at our predictions.

For this Coppa Italia Juventus v Inter Prediction to win, Juventus need to win with a one-goal lead. If they lose the match, the bettor loses all of the stakes. For the Over/Under bet to win, the total goal count should be above 2.75 goals.