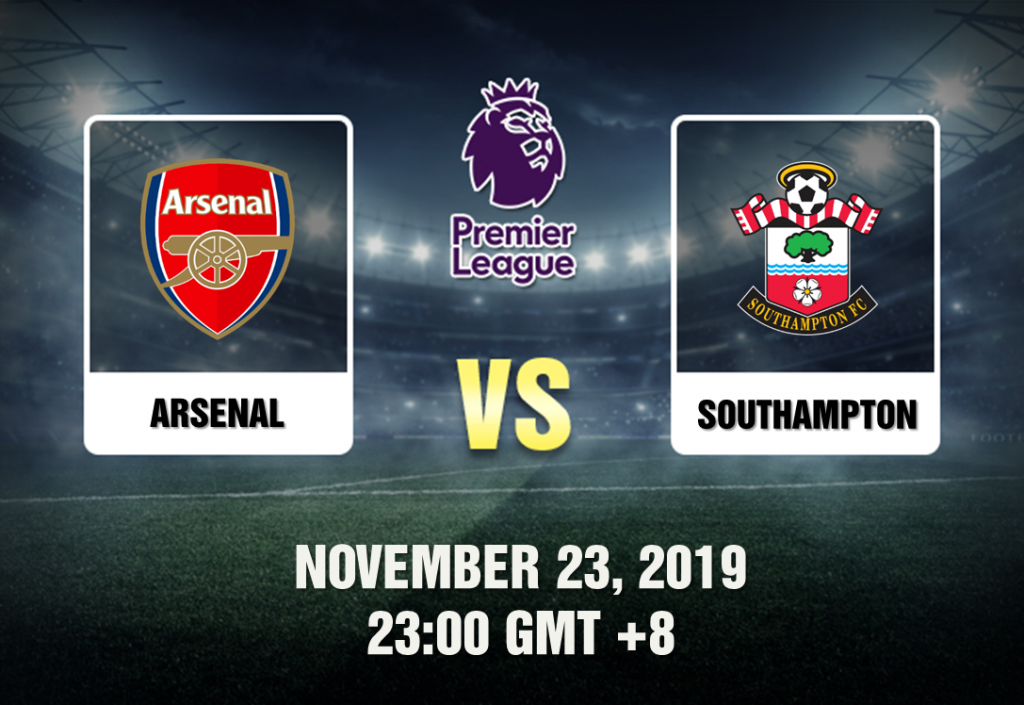 Arsenal vs. Southampton (EPL) – November 23, 2019, 23:00 (GMT +8) – Arsenal and Southampton are gonna duke it out in Emirates Stadium. In their last 5 matches, Liverpool won 3, while Southampton won 1, one match ended in a draw. Arsenal seems stronger compared to Southampton, Let’s take a look at the stats:

Sitting outside of the top 4, Arsenal feels out of form ever since their loss against Sheff UTD. In the last 4 games, they have not won a game. In their latest encounter, Leicester gave a decisive 2 goal lead to defeat them. Unai Emery is trying to cope with the recent performance of the team.

Currently 19th and up for relegation, after 5 winless games and a 0-9 loss against Leicester, the team’s form is suffering. Their last match against Everton, the team lost 1-2, Southampton is disrupted. Their manager Ralph Hasenhüttl is finding ways to recover the team’s confidence for the remainder of the season.

Arsenal’s 6th position at the table is what we’re banking on this match. Their overall performance this season is better than Southampton. With the higher goals scored per match and the lower goals conceded, Southampton will have to prepare to win this one.

For this matchup we will be betting on Asian Handicap 1 in Malay Odds:

For this bet to win, Arsenal needs to have a two-goal lead. If they win by one goal, the bettor refund all of the stake.