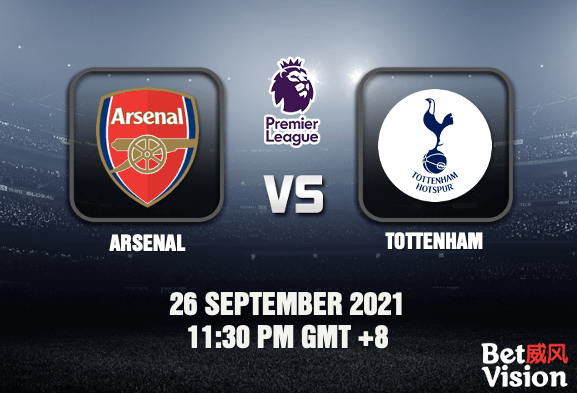 Arsenal v Tottenham Prediction (EPL) – Another edition of the North London derby happens this match week 6 in the Premier League. In their previous encounter last March, the Gunners won 2-1 at Emirates Stadium. Will Spurs turn things around this time? Let’s take a look and read on for our winning tips below.

Arsenal have come back from three straight losses in the season, picking up two straight victories. Conversely, Tottenham, who used to be on top of the league table, have had to successive losses in the league after going undefeated in their first three games. Let’s take a look at their current season performance.

Arsenal has escaped the relegation zone as moved up to 13th in the Premier League table. In their last league game, they defeated Burnley 1-0 at Turf Moor. The Gunners were on the attack early on, which bore fruition as Martin Odegaard scored on a free kick on 30 minutes. Aaron Ramsdale was able to keep a clean sheet as he withstood attempts from Clarets such as Ashley Westwood and Matej Vydra. They were also able to keep their EFL Cup bid alive as well later on in the week, as Alexandre Lacazette (penalty), Emile Smith Rowe and Eddie Nketiah scored for a 3-0 win over AFC Wimbledon. Manager Mikel Arteta and his men now try to continue their winning ways against their North London arch rivals, who have somewhat struggled as of late.

Tottenham Hotspur are now seated 7th in the league table. After winning their first three league fixtures, they suffered back-to-back losses, the latest being to Chelsea (0-3). Spurs were neck-and-neck with the Blues in the first 45 minutes, but the tide turned in the second half as Thiago Silva, N’Golo Kante and Antonio Rudiger all struck in beyond Hugo Lloris’ reach. They fared better in their EFL Cup match a few days later, winning on penalties against Wolverhampton. Tanguy Ndombele and Harry Kane put Tottenham up 2-0, but Leander Dendoncker and Daniel Podence helped level it for Wolves. Eventually, Spurs got the win as they converted three straight penalty kicks compared to Wolves two in the shootout round. New manager Nuno Espiritu Santo will now lead his side in his first ever North London derby, and with Arsenal’s recent victories, he should feel the pressure more than ever.

This edition of the North London derby is sure to be another classic. Both sides have had changing fortunes in the past five weeks. For our part, we are picking Arsenal to prevail over Tottenham in this match. Apart from the home ground advantage, they will be riding on a momentum of a three-game winning streak, while Spurs have lost two straight and have struggled to have a winning finish against Wolves in the League cup. With that, let’s take a look at our predictions.

For this Premier League Arsenal v Tottenham Prediction to win, Liverpool needs to win the match with a single goal lead. If they draw the match, the bettor would lose all of the stakes. For the Over/Under bet to win, the total goal count should be above 2.5 goals.