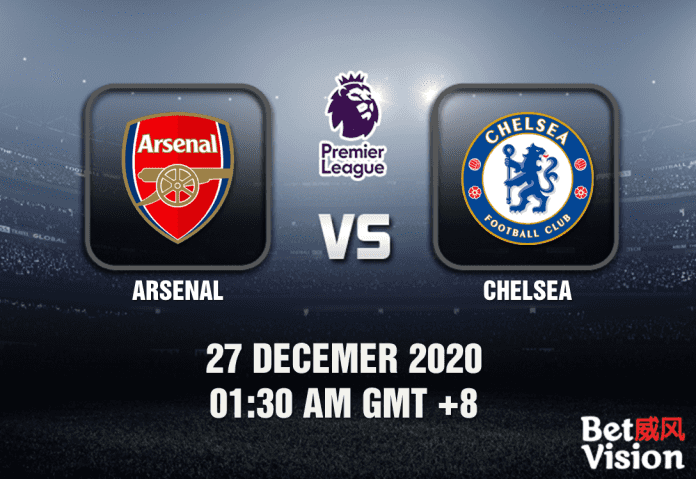 Arsenal v Chelsea Prediction (EPL) – The Blues are visiting Arsenal for the first time this season at the Premier League! In their last encounter, it ended in a tight 2-2 draw at Stamford Bridge. It looks like there is going to be some action in this upcoming one. Let’s take a closer look and read on for our winning tips below.

Arsenal’s dry spell looks like it won’t be wearing out soon as the Blues are looking better with two victories in their last five encounters. We can expect them to take this one one the road. Let’s take a closer look at their previous matches.

Arsenal is now seated 15th at the table and they have been having issues towards any sign of victory in their previous matches. Their encounter against Everton was brutal, an early own goal by Rob Holding sent the blues into panic. Despite Nicolas Pépé leveling, the opposition had answered back before end of the first half. This series of miscalculations by the manager Mikel Arteta proved to be fatal towards their loss at the end. A victory at home is welcome and accepted, but Chelsea might have the edge in this match.

Chelsea is now 5th at the table in the Premier League. They have finally recovered their form in their match against the Hammers, which ended in a dominant 3-0 performance at Stamford Bridge. Thiago Silva opened the scorelines 10 minutes into the match. However, it was Tammy Abraham‘s two consecutive goals that put it in the bag for the blues. Manager Frank Lampard is looking more relieved coming into this match, and it looks like with their form, they will dominate the gunners in this outing.

Aubameyang’s absense in the Gunner’s squad is greatly affecting their performance in the top-flight competition. Frank Lampard is sutre to take advantage of Arsenal’s unstable performances in this one. Chelsea is most likely to win this won with at least a goal ahead. Let’s take a look at our predictions.

For this Premier League Arsenal v Chelsea Prediction to win, Chelsea needs to win the match with a single goal lead. If they draw the match, the bettor would lose all of the stakes. For the Over/Under bet to win, the total goal count should be above 2.25 goals.