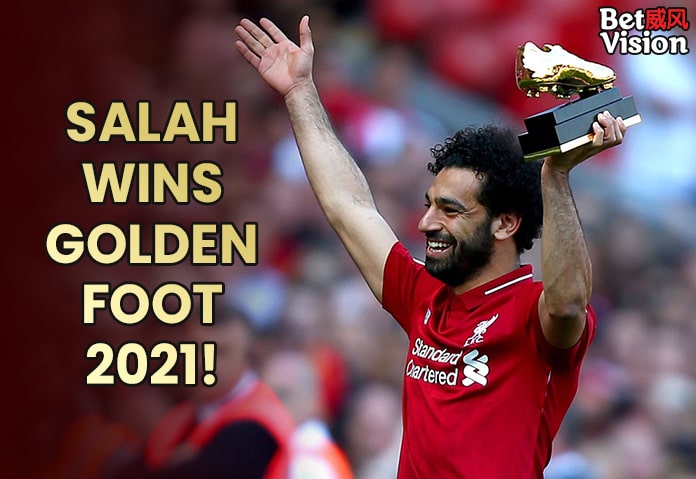 Salah went to the awarding ceremony in Monaco, accompanied by his wife. He let his spouse receive the award on his behalf.

Salah becomes the first Arab player to win the award. He is also the third African to win after Samuel Eto’o and Didier Drogba.

The Egyptian takes over the award won by Cristiano Ronaldo just last year He is in exclusive company, as Lionel Messi, arguably the greatest player in the world, has himself not clinched the trophy yet.

The year 2021 has been kind to Salah, as he was able to set several new records. The Egyptian became the highest-ever African scorer in the Premier League, and also the first-ever Liverpool footballer to win in ten consecutive games.

His successful year also helped him become one of the top 10 players in the world. In fact, he came in 7th in the Ballon d’Or rankings, in which Messi won the top prize. Salah placed ahead of other noteworthy players such as Kylian Mbappe, Kevin De Bruyne and Erling Haaland. He did not attend the Ballon d’Or honours ceremony.

Salah Wins Golden Foot 2021 - His Thoughts on the Award

“Winning the Golden Foot award is crazy for me,” said Salah in an interview after the presentation. It is a great honour for me to win this special award because many football legends have won it over the past years.”