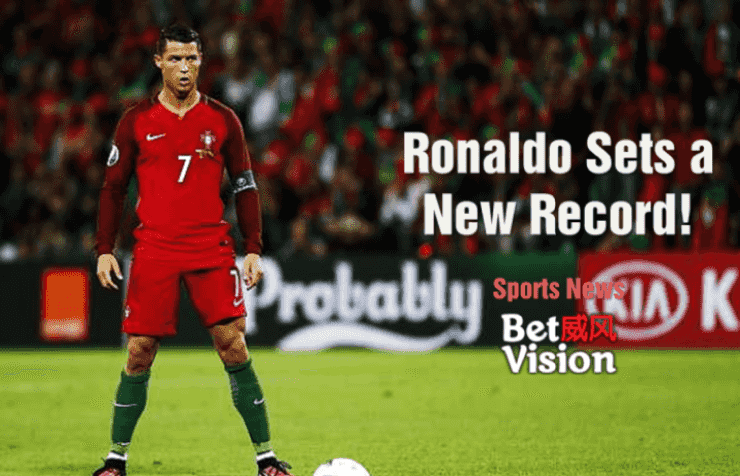 Ronaldo Sets Another Goal Scoring Record (Serie A) – The Portuguese star has set another record scoring with his Italian club, Juventus. This new record just made his legacy much better. Cristiano Ronaldo just scored 15 plus goals in 15 consecutive seasons across all five major leagues.

It was a very tight encounter between Juventus and Sassuolo. However, the Bianconeri came out successful as they defeated Sassuolo 3-1 in the Juventus home ground. It started with Danilo getting the lead five minutes after the second. The ten-man Sassuolo was able to equalize, but the substitution of Aaron Ramsey proved to be an advantage for the hosts as they scored another one to give them the lead. The record-setting goal came in during stoppage as Cristiano Ronaldo netted a low and decisive strike in the penalty area, adding to the victory of the club in that encounter.

As Ronaldo Sets Another Goal Scoring Record Juventus is now seated 4th in Serie A after their successful win against Sassuolo. They are now 7 points away from the league leaders, Inter Milan as the season comes through its halfway point. They are also going to face Genoa for a Coppa Italia Clash, and to be followed by a match in the Supercoppa Italiana against Napoli. The Bianconeri are now looking forward to preparing for the Champions League knockout stages as they face Porto the following month.

Ronaldo Sets Another Goal Scoring Record - What to Expect?

With the season currently ongoing, we can expect Ronaldo to continue this very dominating performance in these upcoming matches. With his vitality still at peak, the Portuguese is going to shake the world football more with his vitality.

Emile Heskey is the New BetVision Brand Ambassador for 2020!