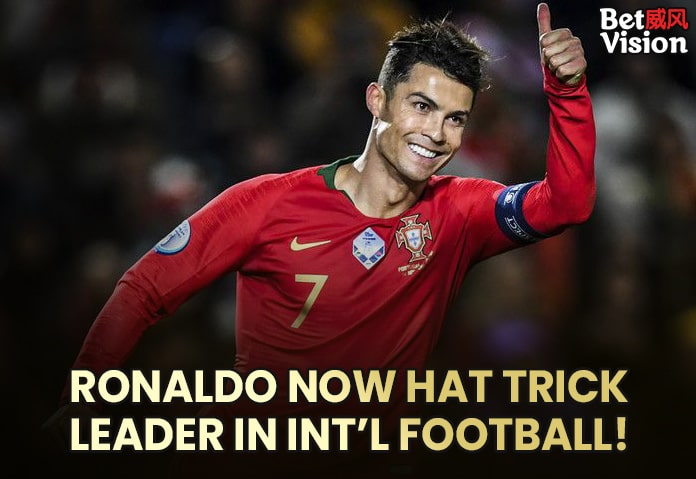 Ronaldo now hat trick leader (Sports News) – Cristiano Ronaldo sets another record as the footballer with the most international hat tricks. He did this by scoring his tenth treble for Portugal against Luxembourg in their 5-0 win in a 2022 World Cup qualifying match.

Ronaldo captured a brace early on in the game, as he converted two penalties within the first 13 minutes. His last goal of the treble was a header from close range three minutes from time. This is Luxembourg’s second loss to Portugal this year.

Bruno Fernandes and Joao Palhinha each contributed a goal to complete the scoreline for the Seleçao.

With the win, Ronaldo and Portugal have made it to second place in World Cup Qualifying Group A. They remain a point behind Serbia, who improved to 17 points following a 3-1 win over Azerbaijan.

In the win over Luxembourg, Ronaldo recorded  58th hat trick for both club and country. He also widens his lead as the top male international goalscorer, bringing up his tally to 115.

The Manchester United star’s feat at the Estádio Do Algarve gave Luxembourg the dubious honour of being the country he has scored most against, being at the receiving end of nine Ronaldo goals. Before the match, the Red Lions were in a three-way tie with Lithuania and Sweden; the latter two having conceded seven goals each to the Portuguese talisman.

Last week, Ronaldo was also named the Premier League’s Player of the Month for September after only one month back at Man United. He earned this distinction on the heels of scoring three goals in three matches.

The 36-year-old, who returned to Old Trafford in August after three years with Italian club Juventus, scored two goals in his first outing against Newcastle United. His third of the month came later against West Ham.

This is the fifth time Ronaldo won the award, winning the first four during his earlier six-year stint with the Red Devils. In line with the honour, he has also been issued with a POTM card in the FIFA 22 video game. The award helped boost his video game rating from 91 to 92.