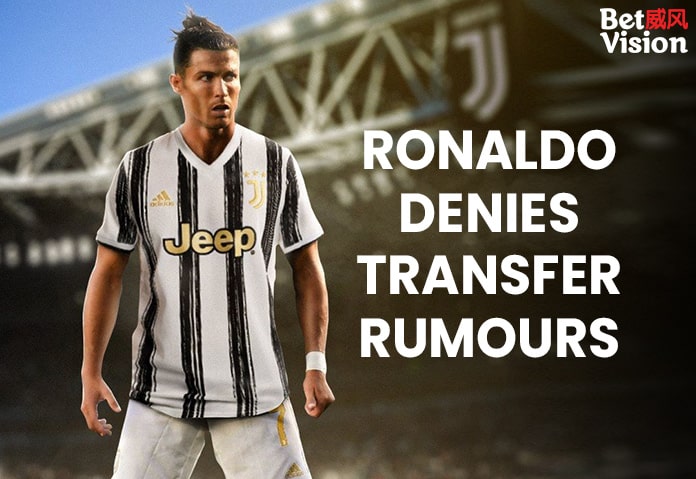 Ronaldo denies transfer rumours (Sports News) – Portuguese superstar Cristiano Ronaldo has shot down rumours that he is changing clubs this season. In his statement on social media, he emphasized that he is more focused on winning trophies with current club Juventus at the moment, and has dismissed the speculations as “just talk.” This was affirmed by reporter Fabrizio Romano, who wrote that Juventus has not received a transfer offer for him.

“Anyone who knows me is aware of how focused I am on my work,” share the 36-year old Portugal captain on social media. “Less talk and more action, this has been my guiding motto since the start of my career. However, in view of everything that’s been said and written recently, I have to set out my position.”

“More than the disrespect for me as a man and as a player, the frivolous way that my future is covered in the media is disrespectful to all the clubs involved in these rumors, as well as to their players and staff,” he continues.

In a social media post, Ronaldo has flatly denied that he is plotting a return to Real Madrid, the club he played at for 9 seasons.

“My story at Real Madrid has been written,” he shares. “It’s been recorded. In words and numbers, in trophies and titles, in records and in headlines. It’s in the Museum at the Bernabeu Stadium and it’s also in the minds of every fan of the club. And beyond what I achieved, I remember that in those nine years I had a relationship of deep affection and respect for ‘merengue afición,’ an affection and respect that I retain to this day, and that I will always cherish. I know that the true Real Madrid fans will continue to have me in their hearts, and I will have them in mine.”

Real Madrid Carlo Ancelotti affirmed the statement of the five-time Ballon d’Or winner, saying that they also were not targeting the club’s former superstar. “Cristiano Ronaldo is a Real Madrid legend and he has all my affection and respect,” Ancelotti said on social media, “I never considered signing him. We look forward.”

Another one of the rumours that concern Ronaldo is his possibility of joining Paris Saint-Germain. The French club has gone on a shopping spree of superstar players this summer, the biggest of which is Ronaldo’s arch rival Lionel Messi. Kylian Mbappe has expressed his desire to leave the club next summer, with Real Madrid as his prime target. As a replacement PSG has proposed acquiring Ronaldo and pairing him up with Messi for what would be a historic team-up.

For their part, the Daily Mail has reported that Messi’s move has “hurt Ronaldo’s self-esteem,” and had has made him consider joining Manchester City in the Premier League. This is a bold move, as the Portuguese played for City’s nemesis Manchester United for six years and is considered a legend there.

Just like Messi’s exit from Barca, Ronaldo’s status at Juventus will be one to follow for the rest of the season. We will see how this issue unfolds in the coming weeks.

Which Online Betting Site is the Best in Singapore?