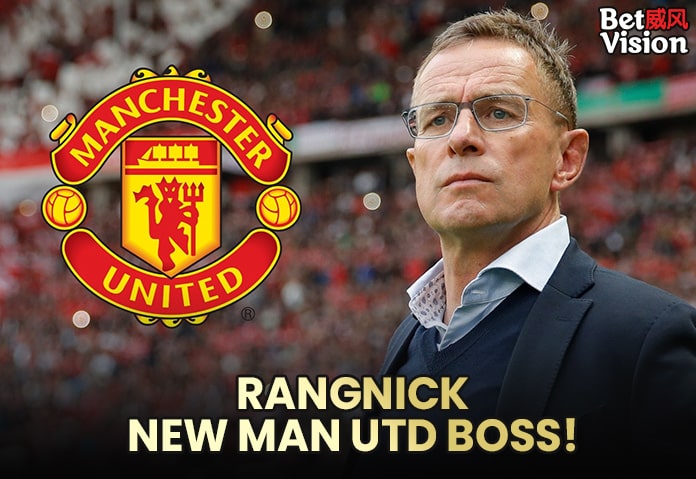 Rangnick new Man Utd boss (Sports News) – Manchester United have appointed Ralf Rangnick to be the club’s interim manager up until the end of the season. The German veteran takes over from Ole Gunnar Solskjaer, who was sacked in the morning of November 21 after a string of disappointing performances, including their recent 4-1 defeat to Watford.

His appointment concludes Man Utd’s search for a boss, wherein several names were thrown in, including Mauricio Pochettino, Zinedine Zidane, Erik ten Hag and Brendan Rodgers, among others. At the time of Solskjaer’s departure, the team have fallen to 8th in the league table.

Rangnick, whose most recent job was head of sports and development for Lokomotiv Moscow, has agreed to a six-month-deal until May, with a further two-years in a consultancy role. The 63-year-old is reportedly in England at the moment, and Lokomotiv are to announce his departure today.

His formal takeover of managerial duties, however, will have to wait until after Man Utd’s away game at Chelsea on November 29 due to work permit reasons. Caretaker manager Michael Carrick, who oversaw United’s recent 2-0 victory at Villarreal in the Champions League, will remain in charge for the Stamford Bridge match.

Known by his countrymen as the “The Professor,” Rangnick is recognised as the godfather of modern coaching in Germany. Premier League managers such as Thomas Tuchel and Jurgen Klopp consider the new United interim boss as a mentor.

Rangnick popularised the style of football known as “Gegenpressing”, which was famously adapted by Borussia Dortmund under Jurgen Klopp. The approach includes high intensity pressing to keep pressure on the opposing team, forcing them to give up the ball—plus a tight defence to prevent a counter-attack.

Rangnick served as head coach at German clubs such as Schalke, Stuttgart, Hoffenheim, Hanover 96 and RB Leipzig. During his tenure, he won eight trophie,s including the 2000 Intertoto Cup, the 2005 DFL Ligapokal and the 2011 DFL Supercup among others. Apart from coaching, he was director for football for Red Bull owned teams including Salzburg, RB Leipzig and New York Red Bulls, prior to his stint with Lokomotiv Moscow.

His reputation in the game has had him linked with several clubs in Europe, as well as the Germany national team. He was one of the candidates considered to take over Chelsea after the sacking of Frank Lampard early this year. The job eventually went to Tuchel, his compatriot.

Man Utd sack Ole! Poch/Zidane to be next coach?

Which Online Betting Site is the Best in Singapore?