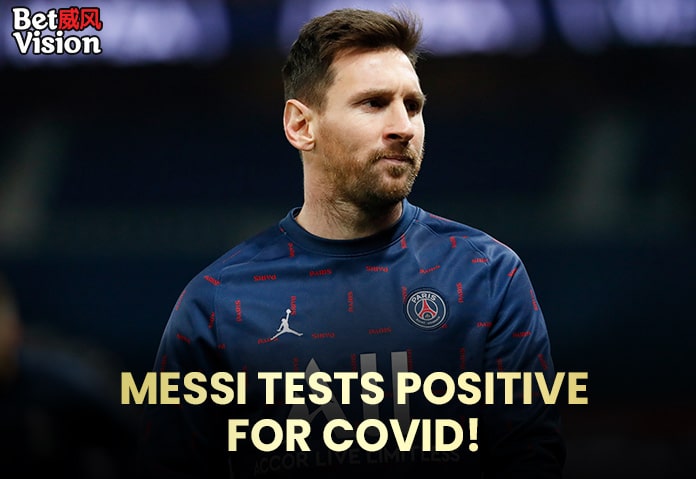 Messi tests positive for Covid (Sports News) – Superstar Lionel Messi has tested positive for COVID-19 in his native Argentina, according to Paris Saint-Germain.

The 34-year old was one of four from the French Ligue 1 club’s first-team to test positive for the corona virus.  the others were Juan Bernat, Sergio Rico and Nathan Bitumazala. These reports come ahead of PSG’s Coupe de France tie against fourth-tier team Vannes. All the players are currently in isolation, and are covered by the appropriate protocol.

PSG first-team manager Mauricio Pochettino added that Messi remained in Argentina where he spent the winter break and would not travel until testing negative. He disclosed in a pre-game news conference on Sunday that could not confirm the date of his return.

“Messi has been in regular contact with our medical team, and when he has a negative test, he will travel to France, but we don’t know any more than that. I don’t know if he will be involved against Lyon,” Pochettino said, per Reuters.

“Until he gets a negative test in Argentina, he will not be able to travel to France,” the Argentinean head coach added. “So, it is all down to the test in terms of when he can travel. We will assess when he is ready to play.”

Messi Tests Positive - His Time at PSG So Far

Since coming to PSG from longtime club Barcelona, Messi has only scored one Ligue goal, while assisting in four. However, he has scored five in five UEFA Champions League matches.

PSG currently sit atop the French Ligue 1 table with 46 points, 13 points clear of Nice and Marseille.

PSG’s first league game of 2022 after their winter break will be against against Lyon on 9 January. Messi will be missing that match along with fellow superstar Neymar, as he continues his recovery from an ankle injury in Brazil. The club say the 29-year-old is slated to begin training in three weeks. France has also recorded 232,200 new cases of COVID on Friday, which is the biggest registered across Europe since the start of the pandemic. It is also the fourth day in a row that the country has recorded more than 200,000 cases. The European country has joined the United States, India, Brazil, Britain and Russia in having had more than 10 million cases.