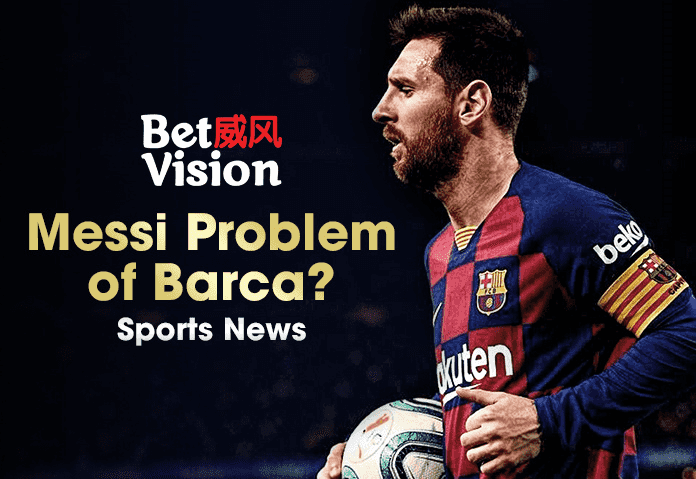 Messi problem of Barca? (Sports News) – It seems like tensions are rising in Camp Nou as their number one football star, Lionel Messi, is having issues with the multiple issues that arise from the Spanish football club. Let’s take a closer look at what’s happening.

It seems like the Argentinian star is tired of being accused of the root of all issues within the club. He was accused by the former agent of Antoine Griezmann, who said that he was giving the French striker a hard time in the club. The agent named Eric Olhats was saying that Lionel Messi has too much control of what is happening with the club. This has caused many issues with the striker’s arrival and the way he adapted to the club.

Messi Problem of Barca - What Happened?

After returning from an international cap from his country’s national team, Messi was approached by reporters and mobbed after a long flight back to Spain. “The truth is that I’m a little tired of always being the problem for everything at the club,” Messi said so. “On top of that, after a 15-hour flight, I had the tax authorities waiting for me. It’s madness.”

With only a year left in his contract, the Argentinian tried to activate a clause in his contract earlier this year that would let him leave Barca but eventually decided to stay to avoid any issues with the club. One of his closest teammates, Luis Suarez, had left the club as well.

Some news sources cite that Messi will consider staying with the club if they can win the La Liga or Champions League. It seems like personal achievements such as the Ballon d’Or does not make the legend stay with his club. A sound team victory or a championship is the only thing that matters to him. He still part of the Blaugrana’s starting eleven as of the moment. With only a few months left in his contract, we can expect him to take full advantage of what he has left, assuming that he will leave.