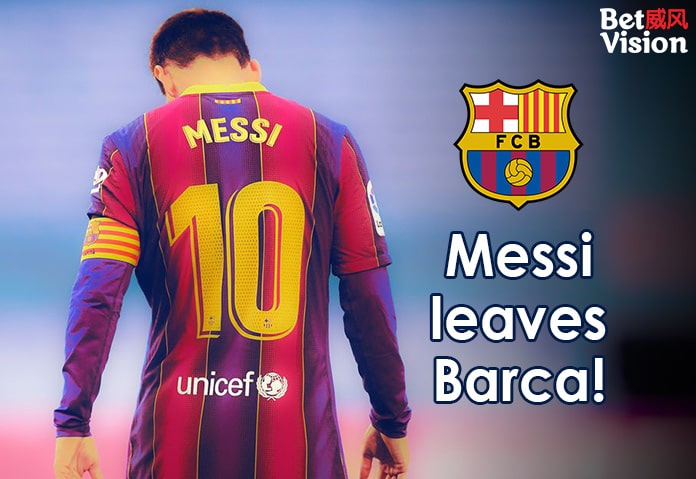 Messi leaves Barca (Sports News) – After initial reports that an agreement between club and player have been arrived at, longtime FC Barcelona superstar Lionel Messi will not be returning to the Catalan club. This deals a severe blow to Barca, as they lose their greatest player ever, and it signals an end to an important era in the organisation. Let’s take a closer look at what led to this event.

All seemed well when Messi, whose old contract expired this summer, had reached an agreement with Barca, and was scheduled to sign a five-year extension contract. However, this did not push through because of La Liga’s Financial Fair Play Rules, and regulations on player registration. Despite having a prior agreement, La Liga’s salary cap rules mandate that the new contract could not be signed under the league’s rules.

Here is a statement from the club: “Despite FC Barcelona and Lionel Messi having reached an agreement and the clear intention of both parties to sign a new contract today, this cannot happen because of financial and structural obstacles.”

“As a result of this situation, Messi shall not be staying on at FC Barcelona. Both parties deeply regret that the wishes of the player and the club will ultimately not be fulfilled.

“FC Barcelona wholeheartedly expresses its gratitude to the player for his contribution to the aggrandisement of the club and wishes him all the very best for the future in his personal and professional life.”

Barcelona president Joan Laporta held a press conference on 6 August to address the matter. He was deeply saddened by the parting of ways with their biggest star, but also described in detail the circumstances that led to this event.

“Financial numbers and losses are worst than expected,” explains the club president. “Our salary mass is not leaving any margin. Financial Fair Play is also blocking us. I can’t make a decision that could destroy the club, Barça are the most important thing.”

“We can’t register the contract of Leo Messi that was agreed because of Financial Fair Play rules. Unfortunately we have received an inheritance in which we have no margin with the salary current situation.”

“Leo Messi wanted to STAY at Barcelona, he had an agreement to stay at Barça and we wanted Leo to stay. I want to thank Leo’s camp and all people involved in the negotiations. I’m sad but we did everything to keep Leo and he was prepared to stay at Barcelona, it was agreed. A new era starts now without Lionel Messi, we’ll be thankful to Leo.”

From boy to goat. pic.twitter.com/G0JPpPi5WC

With the Messi era over in Barcelona, there is a huge speculation on where he will play next. According to reporter Fabrizio Romano, French club Paris Saint-Germain tried to make contact as soon as La Liga blocked Messi’s contract. The club, along with England’s Manchester City, previously approached the Argentinian months ago. However, he turned them down as he was hoping to return to Barca.

Here are the latest odds on which club will sign Messi: