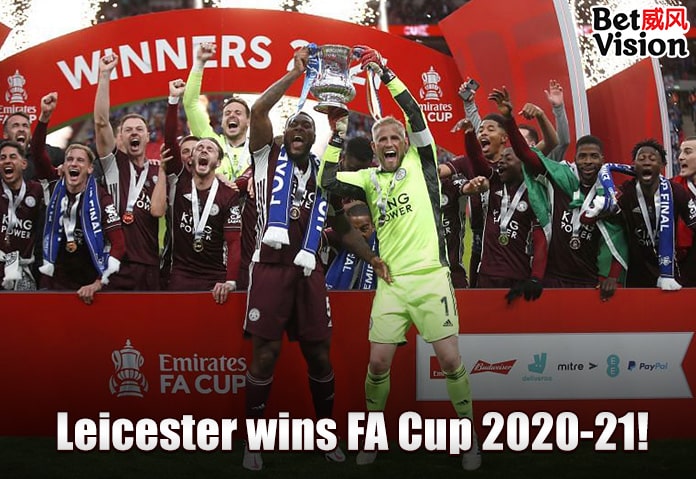 Twenty-one supporters witnessed the historic event at Wembley Stadium, the smallest attendance for an FA Cup final since Blackburn Rovers beat Sheffield Wednesday in 1890. In the scoreless first half, Chelsea appeared to have the edge with possessions, but Leicester had better looks as Reece James blocked Jamie Vardy’s shot and Caglar Soyuncu had a few off-target headers. The breakthrough happened in the 63rd minute, when Youri Tielemans launched a clinical strike from 25 yards out, and finds the top-left corner for a goal. Even Chelsea keeper Kepa Arrizabalaga could do nothing but stare at the wonderfully-placed goal.

Leicester keeper Kasper Schmeichel also made saves on goals from Mason Mount and Ben Chilwell. Then at the 87th, Ben Chilwell launched a strike that deflected off of Wes Morgan for a Leicester own-goal, putting the scoreline at 1-1. However, a VAR review found Chilwell to be fractionally offside, reverting the score to 1-0. The Foxesr held on to win, and Chelsea were visibly disappointed by the late decision.

In his victory announcement, Leicester City manager Brendan Rodgers pays tribute to owner Aiyawatt Srivaddhanaprabha, son of the late billionaire Vichai Srivaddhanaprabha, who purchased the club in 2010 and tragically met his end in a helicopter crash outside King Power Stadium in 2018. The win also made Rodgers the first British manager to lift the trophy since Harry Redknapp with Portsmouth in 2008.

“I’m very proud,” Rodgers said. “It’s a historic day for the club. Winning the FA Cup for the first time is clearly a special day. I’m so happy for the players and Khun Top [Aiyawatt’s nickname] and their family, it’s been a dream of theirs to win the FA Cup and we’ve delivered on that. It was an amazing goal by Youri and well deserved.

“Every trophy is special. I’m proud on a personal front to be the manager to win it for Leicester. On days like today you need to create history. We were able to do that. I’m extremely proud to get to the final and beat such an incredible club. I’ve got an overriding feeling of satisfaction that we did the job well. I’m more pleased for everyone else. The feeling it gives the supporters. The FA Cup is one the club really wanted to win.”

“That’s what the game is about – that connection between the players and supporters. It felt there was way more than 20,000 supporters. People were maybe hoping from a neutral perspective that we could upset the odds. It was a fantastic atmosphere.”

As for Chelsea, the losing side’s next and possibly last chance to win silverware for this season will be at the UEFA Champions League Final against Manchester City. They also risk ending the campaign out of the top four, which would disqualify them from the UCL if they fail to win against City.

Manager Thomas Tuchel still believes Leicester’s goal should have been ruled out. According to him, it was clear that Ayoze Pérez used an arm to block a pass by Reece James. “My assistant saw it on the bench,” said Chelsea’s German-born. “The players said straight away that it was a handball. But I am not an expert in handball any more. You need luck in these decisions. My opinion is not relevant.”

“There is nothing much to do,” Tuchel said. “We focus on performance. We will now talk about what we did good and what we can do better on Tuesday. Now it is about bouncing back. We missed a trophy and are very sad about it. We have another chance with two finals against Leicester and Villa.” 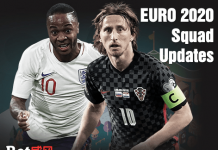 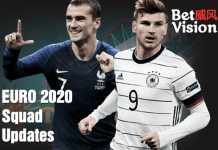 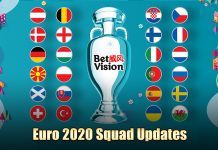