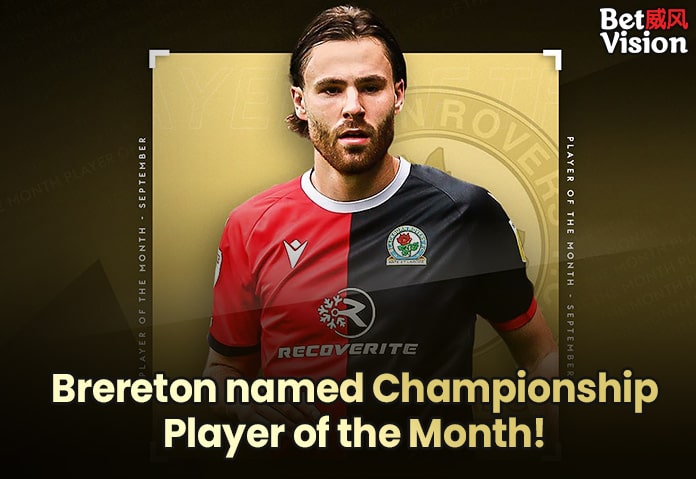 The 22-year old Chilean intertnational scored six goals in the month, and has also has scored 10 goals in 11 games for Rovers.

The Blackburn phenom had also, in the past month, had a hat-trick against Cardiff City, and a brace against Huddesfield Town. He also scored an important netter in their match against Hull City.

Brereton got wind of the news as he was on international duty with Chile for the World Cup qualifiers in South America.

“It’s been a great month and a great start to the season for me on a personal note,” shares Brereton. “I’m delighted to score goals for Rovers and to get my first career hat-trick.

“Obviously I couldn’t do it without my team-mates. We’ve had a good start to the season, we just need to keep picking up wins and good results away from home and keep pushing up that table,” adds the 22-year old. “Hopefully I can continue my good form when I get back to Blackburn after the international break and hopefully we can get some good results and keep climbing the table.”

Blackburn manager Tony Mowbray also praised Brereton for stepping up to fill the void that former talisman Adam Armstrong left at the club. Armstrong, now with Southampton in the Premier League, spent three years with the Riversiders.

“Ben’s contribution last month, and during the start to the season as a whole, has been a real bonus to the team, especially with the loss of Adam Armstrong and Harvey Elliott, who scored the bulk of the goals for us last season,” said Mowbray.

“Somebody needed to step up and I think Ben Brereton has done just that,” continues the Blackburn boss.“He’s scored some headers, he’s bent a few in on his right foot, he’s scored some tap-ins, he’s scored some penalties, he’s done very well and hopefully when he returns from the international break he can keep it going.”

Just this past weekend, Brereton made waves again as he scored a goal against Paraguay in their World Cup qualifier. He scored the first of two goals in a must win contest for La Roja.

Brereton collected a pass from Alexis Sanchez to bring home from a tight angle.  Mauricio added to the scoreline for the Chileans, with fans going wild. The match also had a controversial ending, seeing the host nation’s Charles Aránguiz and the visitors’ Omar Alderete being sent off before full time.

With the win, Chile gains three points, and has helped keep the country’s World Cup hopes alive. Brereton also improves his record to 2 goals in 7 caps for Chile, since he pledged allegiance to his mother’s birth country.

The 22-year old was originally scheduled to appear in only two qualifiers, as he had to sit out the September matches because of quarantine requirements. However, amendments to quarantine restrictions and the removal of Chile from the UK’s red list have made it possible for Brereton to stay for the third game.

In addition, this rules out Brereton Diaz for Blackburn’s match this weekend with Coventry City. Rovers, however, will have their talisman back when they face Queens Park Rangers on October 19.

We at BetVision congratulate Brereton Diaz, and wish him ongoing success in his career! 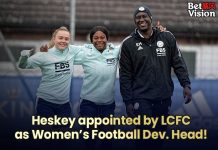