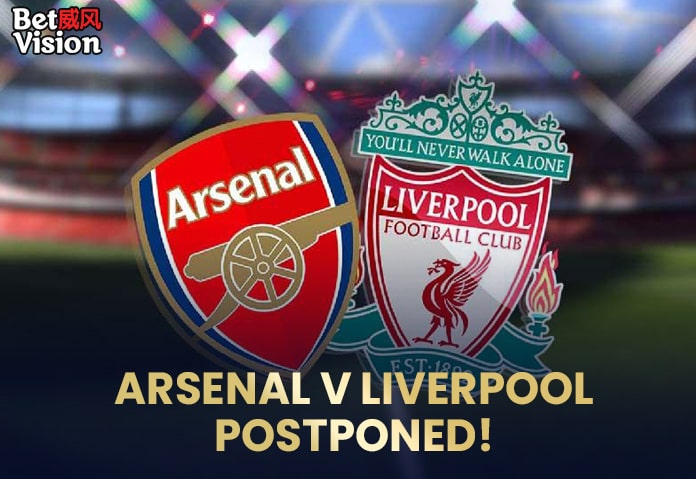 Arsenal v Liverpool postponed (Sports News) – Due to a recent COVID-19 outbreak at Liverpool FC’s training camp, the first leg for the English Football League (EFL) Cup semi-final between Arsenal and Liverpool has been postponed. The fixture at the Emirates Stadium in London will now be played on January 21, 3:45 AM (GMT+8). Meanwhile, the fixture at Anfield, Liverpool set for January 14, 3:45 AM will now serve as the first leg.

In an earlier announcement, Liverpool said that their training ground would be closed for 48 hours after manager Jurgen Klopp’s assistant, Pep Lijnders, was found to be positive for Covid. Klopp himself is also isolating as a precaution and missed the 2-2 draw at Chelsea in their Premier League match.

Other Liverpool players who missed the match were Roberto Firmo, Joel Matip and Alisson. Subsequently, more cases were detected in the latest round of testing at the first-team’s camp. This prompted the Merseyside-based club to submit a request for postponement.

The EFL has released the following statement addressing the postponement of the game: “The EFL has been in regular dialogue with the club over the past 48 hours in an attempt to understand whether the tie could proceed but significant developments over this period have resulted in the club reporting an ever-increasing number of COVID cases.”

“Having now fully reviewed the circumstances involved, the League has accepted Liverpool’s request after determining, albeit reluctantly, that a postponement was the only option as the club looks to mitigate against the further risk of infection amongst its squad and staff alongside ensuring public health was protected by not travelling from Liverpool to London.”

Liverpool released a statement, which said: “The latest round of testing on Tuesday returned a significant number of positives, including Pepijn Lijnders, who was due to take charge of the Reds at Emirates Stadium.

“The outbreak has left Liverpool without a sufficient number of players and staff to fulfil the contest as originally scheduled.

“Liverpool Football Club would like to place on record its thanks to the EFL and Arsenal for their understanding, as well as supporters of both clubs, as we continue to navigate through this challenging period.”

Arsenal v Liverpool Postponed - What's Next for Both Clubs

The Reds also have an upcoming FA Cup third round-tie against Shrewsbury over the weekend; however, this too may be affected by the League Cup postponement.