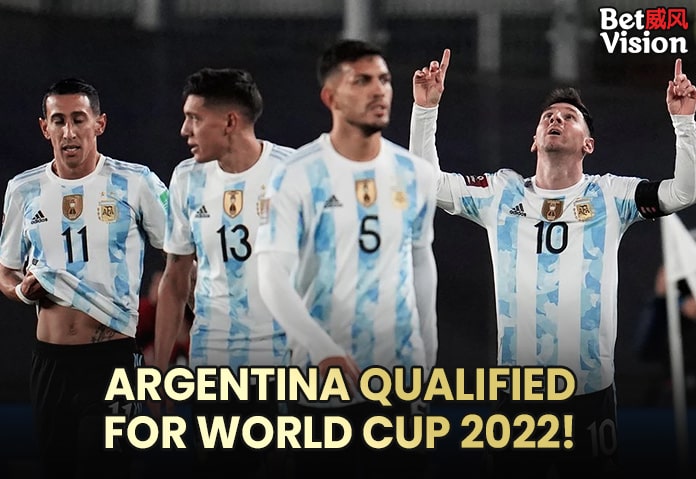 Argentina qualify for World Cup 2022 (Sports News) – Superstar Lionel Messi and the rest of the Argentina national football team punch their ticket to the 2022 Qatar World Cup by holding arch-rivals Brazil to a scoreless draw in San Juan yesterday evening.

By gaining a point in the draw bringing their total to 29, as well as defeats by Uruguay (0-3 to Bolivia) and Chile (0-2 to Ecuador), the Albiceleste were able to secure the second CONMEBOL/South American slot for the tournament. The Brazilians, who lead the table with 35 points, were the first to qualify when they beat Colombia 1-0 last Thursday.

With the victory, the Argentinians also extended their unbeaten streak to 27 matches in all competitions.

This will be Messi’s 5th consecutive trip to the World Cup, a tournament that he has played in since 2006. He qualifies ahead of his biggest individual rival, Cristiano Ronaldo, whose Portugal side lost to Serbia 1-2 in their respective group last weekend, and will have to settle for a playout round for the remaining European slots.

The 34-year-old, who spent most of his professional career at FC Barcelona before transferring to Paris Saint-Germain this summer, has come closest to winning the Cup when Argentina made to the 2014 final in Brazil. However, they were defeated 1-0 by Germany.

Messi, after coming off the bench in their fixture against Uruguay due to a recent injury, was back in the starting lineup. Neymar, his Brazilian teammate at PSG and Barça, was unavailable due to injury and has returned to Paris.

However, there were few chances in the game for each side to find a breakthrough. Brazil has a wasted chance when Fred‘s pass had Vinicius Junior go wide. Later, Matheus Cunha attempted to chip Argentinian keeper Emiliano Martinez from his own half in a bid to score, but his shot went over the crossbar. Rodrigo de Paul then got the Albiceleste’s first shot on target, but Seleçao keeper Alisson made the save.

Fred himself had a shot on target in the first half that also failed to meet the net. He did better in the second half, but also missed the mark even as it was out of reach of “Dibu”. Messi himself missed out on a heroic netter when sped past Fred, but struck the ball into Alisson’s direction.

Despite a lacklustre affair, Argentina have collected enough points and secured the second slot after all qualifying fixtures were played. Fireworks lit up the San Juan sky at the end of the game, to the delight of the hometown crowd.

Argentina manager Lionel Scaloni was proud of his men with what they’ve accomplished this year. The Albiceleste earlier won the Copa America in July by beating Brazil 1-0, making it the side’s first-ever major trophy in the Lionel Messi era, as well as their first piece of silverware in 28 years. Scaloni also tied Alejandro Sabella for the nation’s second longest undefeated run in CONMEBOL qualifying amid a 13-game streak.

“This was a magnificent year,” Scaloni exclaimed. “Winning the Copa, qualifying for the World Cup unbeaten. It was a dream.”

“We got four points against two very difficult rivals. We all like to win of course but these games help a team to mature. Without a doubt, the balance is positive.

“Having qualified so far in advance, in a really difficult qualifying section, is something we should be proud of.” 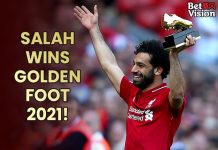 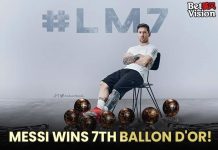 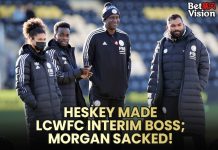 Solskjaer to be sacked by Manchester United?