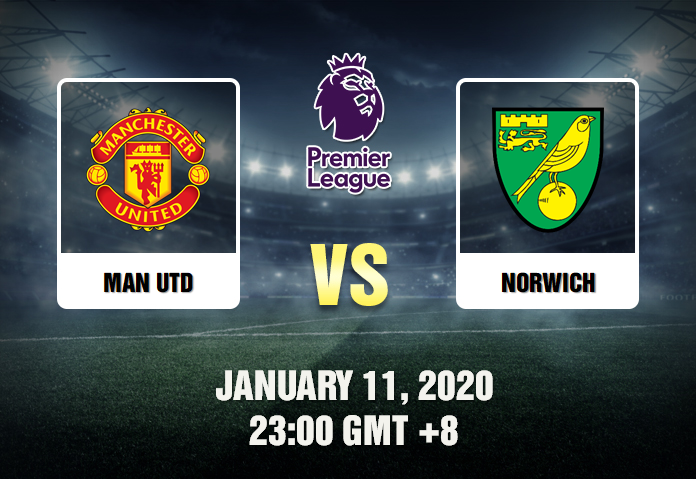 Manchester United vs. Norwich City (EPL) – January 11, 2020, 23:00 (GMT +8) – This time, the Canaries are visiting the Old Trafford for head to head against the Red Devils. Their last encounter in Carrow Road resulted in 1-3, where Manchester United took the win. What will happen in this next one? Let’s look at the stats:

Manchester United looks steady at the 5th seat. They lost their last match against the Gunners 0-2. The team lost their match against Wolverhampton in the FA Cup. It seems like Old Gunnar Solskjaer can’t get the right fit for the club in its past few games. Despite winning 2 games before Christmas, they still cannot get on their form.

Meanwhile, Norwich City is now dead last at the table. They haven’t been able to pick up a decent victory in their last 5 games at the league. Even though they drew against Crystal Palace and picked up a win in the FA Cup against Preston, the team’s form is still in question. Daniel Farke would need to carry on their performance to clinch the win in this match.

Manchester United is dominating the stats against Norwich City. It the Red Devils chance to get a win and recover their form. With Teemu Pukki out, Manchester United can take this one easily. Let’s look at our prediction.

For this matchup we will be betting on Asian Handicap 1.25 in Malay Odds: For this bet to win, Manchester United needs to have a two-goal lead. If the team draws the match, the bettor would lose all of the stakes.