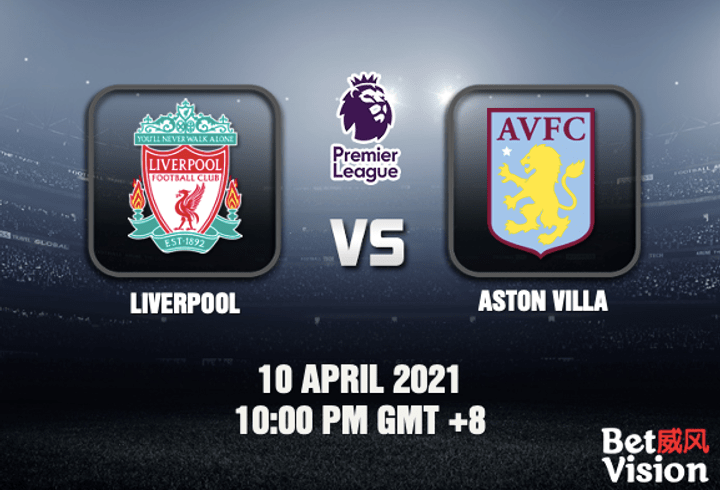 Liverpool v Aston Villa Match Prediction (EPL) – Liverpool is hosting Aston Villa for this upcoming match week 31 in the Premier League. In their previous encounter, the Villans beat the Reds 7-2 at Villa Park. Can the Liverpudlians get even? Let’s take a look and read on for our winning tips below.

Liverpool is coming off two wins in the league season, but suffered a setback when they lost the first leg of their UEFA CL quarter-final with Real Madrid. On the other hand, Aston Villa is coming off a win, after two losses and two draws.

Liverpool is now seated 7th at the table in the Premier League. Just before their UEFA CL quarter-final with Real Madrid, they beat Arsenal 3-0 at Emirates Stadium. The comebacking Diogo Jota scored two goals for the Reds in the 64th and 82nd minute, respectively. Mohamed Salah added another goal to the scoreline 4 minutes after Jota got his first. With the CL campaign in danger, manager Jurgen Klopp is now looking towards a top four finish for his squad for a sure crack at European contention next season.

Aston Villa is not far behind Liverpool in the table at the 9th seed. The Reds defeated Tottenham, 2-1, in their previous encounter, claiming the top seat at the table. The scorelines opened as Moh Salah lopped over Hugo Lloris for the reds to take the lead. Despite equalizing minutes later, the late header of Roberto Firmino with an assist by Andrew Robertson sealed the deal for manager Jurgen Klopp and his men. It seems like they are going all in this match against Crystal to stay at the top.

Liverpool are now taking each game seriously for a shot at the top four. It won’t be easy, as Aston Villa can always pull off a surprise, even with assist specialist Jack Grealish still on the injury list. However, the Reds have not won in Anfield for so long, so that will serve as motivation for them to win this time around. Let’s take a look at our predictions.

For this Premier League Liverpool v Aston Villa Match Prediction – Performance to win, Liverpool needs to win the match with a two-goal lead. If they draw the match, the bettor would lose all of the stakes. For the Over/Under bet to win, the total goal count should be above 3 goals.